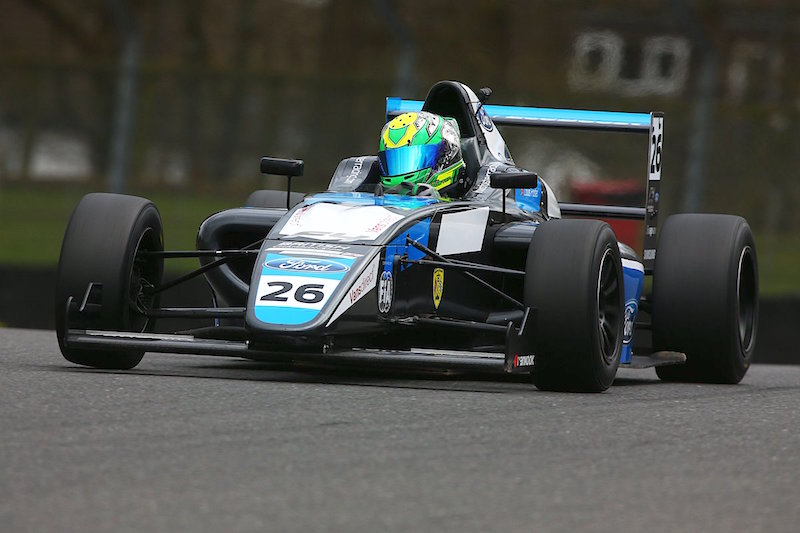 Louis Foster snatched race one pole at Thruxton with his final lap of the British Formula 4 qualifying session.

The Double R Racing driver was one of the last drivers to take the chequered flag at the end of the 20 minute session, lowering the benchmark to 1m13.479s.

Zane Maloney, who had spent most of the session at the top of the order, was knocked down to second, 0.076s behind Foster, with Tommy Foster a further 0.004s back in third.

Tommy Foster heads the trio on the second-fastest times that set the race three grid, 0.017s ahead of Maloney and 0.099s in front of Louis Foster.

Joe Turney had been swapping times with Maloney at the top of the order in the opening minutes before being bumped down the order.

The Carlin driver had dropped down to fifth by the half way mark, but put in an incredible drive to jump up to second, with only a lock up at the Club chicane denying him provisional pole.

But Turney couldn?t keep up the improvements and dropped to fourth before the chequered flag.