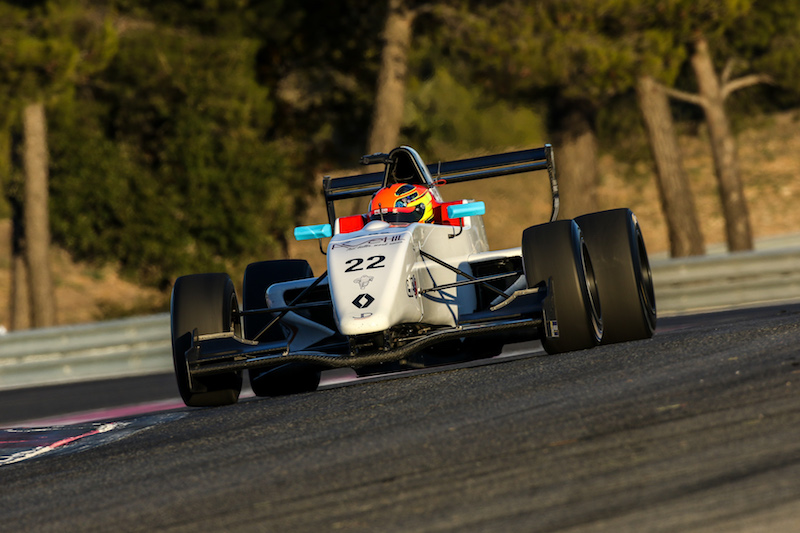 Italian youngster Lorenzo Colombo will compete in the Formula Renault Eurocup this year with JD Motorsport.

Colombo came third in Italian Formula 4 in 2017, after finishing 12th as a rookie the previous season.

He made his Euroformula Open debut at the final round in Barcelona in October with Campos Racing, finishing fifth and sixth in the two races before topping the post-event test at the circuit.

Colombo then also starred in the subsequent Eurocup rookie test at Barcelona with JD Motorsport, lapping as the top rookie and only four thousandths of a second off overall pace-setter Neil Verhagen.

He was second again to Verhagen on the final afternoon of official testing at Paul Ricard.

Fortec Motorsports has completed its four-car line-up for the 2018 Eurocup.

Mexican racer Guzman, who came third in Italian F4 in 2016, moves across from R-ace GP with which he came 17th in last year’s Eurocup.

Russian-Cypriot?Tziortzis makes the step up after two seasons in SMP Formula 4, where he came 10th overall in 2017 with a hat-trick of podiums in the Moscow round in August.