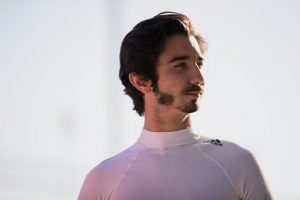 Gabriel Aubry was revealed today as the first of Arden’s signings for the 2018 GP3 season.

The 19-year-old Frenchman finished fifth in the Formula Renault Eurocup last year, winning three races with Tech 1 Racing in his second year in the championship.

He also contested four of the five rounds in the sister Northern European Cup, winning two races there, and made his prototype racing debut in the LMP3 class earlier this month in the Asian Le Mans Series.

?I am proud to join Arden Motorsport in the GP3 series,” said Aubry.

“Arden is one of the most successful single-seater teams of the last 20 years and are very motivated for 2018. This year is a clear step for me following two seasons of Formula Renault.

“I am joining an experienced team and I am convinced I will continue to learn a lot with them.”

?Gabi has been on our radar for some time now,? said Richard Dent, the team manager of Arden’s GP3 team.

?He particularly had a strong season last year in Formula Renault and tested very well in the GP3 end of season Abu Dhabi test.”

Aubry drove for MP Motorsport, which is taking the entry previously held by DAMS, and the championship-winning ART Grand Prix team during the post-season test, but impressed Dent.

?I?m pleased and excited that he will be driving for Arden GP3 in 2018. He has undeniably got the ability, drive and focus to fight for the GP3 title in 2018.?

It is believed Aubry will be dovetailing his GP3 programme with a sportscar drive, in association with Arden.