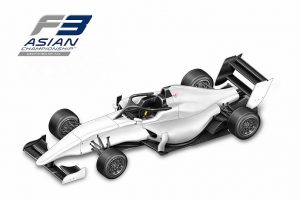 The FIA Formula 3 Asian championship, the second of the new FIA regional F3 championships, has been formally revealed, with a five round calendar visiting circuits in Malaysia and China.

The championship, which was confirmed unofficially some time ago alongside the F3 Americas championship, is set to start in July of this year.

The first round will take place at Sepang, the former host of the Malaysian Grand Prix, followed by three rounds in China at Ningbo and the Shanghai Formula 1 track, before returning to Sepang in November.

Top Speed, organisers of Formula Masters China and several other championships in the Asian peninsula, will handle the running of the championship, which puts the existence of FMasters China in doubt.

?We are proud to open the new era for global Formula 3 with the F3 Asian Championship this year,” said Top Speed general manager Davide de Gobbi.

“It marks a coming of age for Asian motorsport, and opens up a world of opportunities for our regional drivers as well as those around the world seeking the ideal development environment run in the world?s economic powerhouse.?

?The addition of another regional FIA F3 championship will be a hugely positive step in the development of the category around the world,” added Charlie Whiting, who is the FIA director of single-seater championships, alongside his role as F1’s race director.

“Junior motorsport has been growing rapidly in Asia in recent years, with highly competitive FIA Formula 4 series in China, Japan and South East Asia giving young drivers a better opportunity than ever before to advance their skills and move up to the next level.

“Now with the F3 Asian championship, these drivers will have a great place to compete at a regional level.?

An F3 championship previously ran in Asia between 2001 and ’08, ending due to a lack of entries.

F3 Asia will use a single-spec chassis, powered by a 270bhp turbocharged engine, and will feature a six-speed paddle-shift gearbox, and the halo cockpit protection device. It will also use the points system that is currently used in European F3 and other FIA championships.

This follows the FIA’s ‘single chassis, single engine’ concept, which was designed in mind for FIA International F3, which will be replacing European F3 and GP3 next season.

The existing relationship between Top Speed and Tatuus, which provides the Formula Abarth-based FMasters car, and the publicity image (above) that has been released, suggests that a Tatuus chassis will be used.

There has reportedly already been 18 requests for the cars from interested teams.

Rumours that the championship will use updated FMasters machinery now look unlikely to be correct, as the halo cannot be retro-fitted to existing cars, and the FMasters tub does not comply with the FIA’s 2018 safety standards with which the championship intends to use.