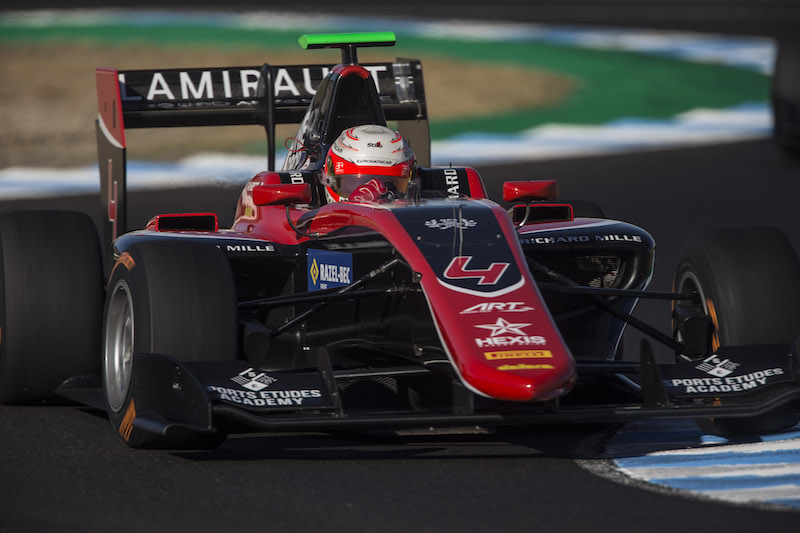 The Frenchman finished fourth in the 2017 standings as ART locked out the top four places, with Hubert taking four podium finishes but missing out on a win.

He was previously a race-winner in European Formula 3 in 2016 and the Formula Renault Eurocup in 2015.

“After a decisive integration within the team in 2017 but a feeling of unfinished business, I?m keen to capitalise on the experience gained the last year and aim my goal with ART Grand Prix in 2018,” said Hubert.

“It is also what the team wants and I thank them for trusting me.

“This year, my goal will be to win the championship.”

“Anthoine had a significant first year for a talented and dedicated driver who now has all the assets needed to put his name on the list of GP3 winners,” team boss Sebastien Philippe said.

“He knows the circuits, he has the experience of the car and works in well with the team.

“He has had high praise from experienced drivers in 2017 and this year will be one for title contenders with ART Grand Prix with the ambition to keep both crowns.”