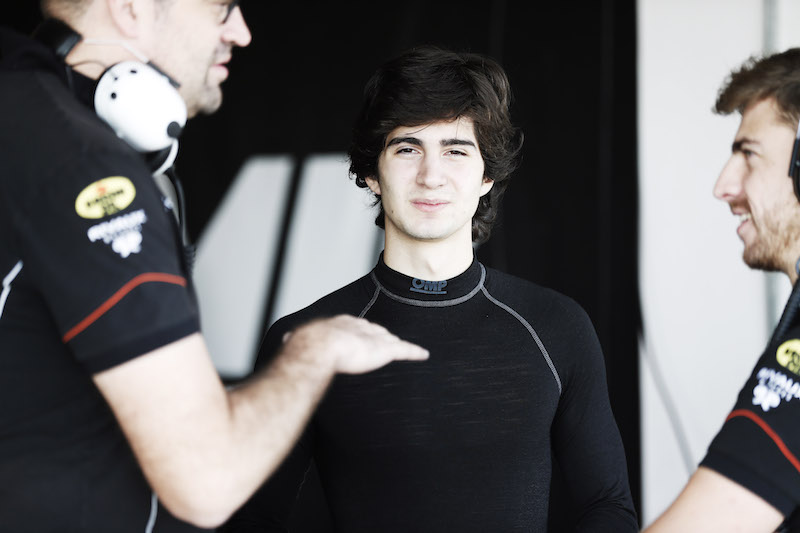 Lorenzo Colombo has signed with MP Motorsport to race in the new-look Formula Renault Eurocup this year.

Italian Formula 4 graduate Colombo was a regular frontrunner for the JD Motorsport team, scoring five podiums and two pole positions on his way to sixth in the standings – one place behind former R-ace GP man Martins.

The 18-year-old from Milan tested with MP Motorsport in the final GP3 test in Abu Dhabi at the end of 2018.

“I’m very pleased to team up with MP for my second season in the Eurocup,” he said Colombo.

“Their cars were among my strongest opponents last year, and I’m sure they will shine with the new car for the series.

“Working with them in Abu Dhabi during the GP3 test confirmed I was right about my choice, and I’m sure that MP Motorsport were pleased about my performance and working method.

“I’m glad to have a competitive team-mate like Victor because I battled a lot with him last year. I’m physically and mentally ready to give the maximum for next season.?

?Last year in the Eurocup, Lorenzo was always a threat to the established frontrunners and his two pole positions showed the speed he is capable of.

“I?m sure that he will use his first-year experience to regularly challenge for wins this year.?

The Formula Renault Eurocup adopts a new Regional Formula 3-based car this season, which had its first run shortly before Christmas with reigning champion Max Fewtrell behind the wheel.