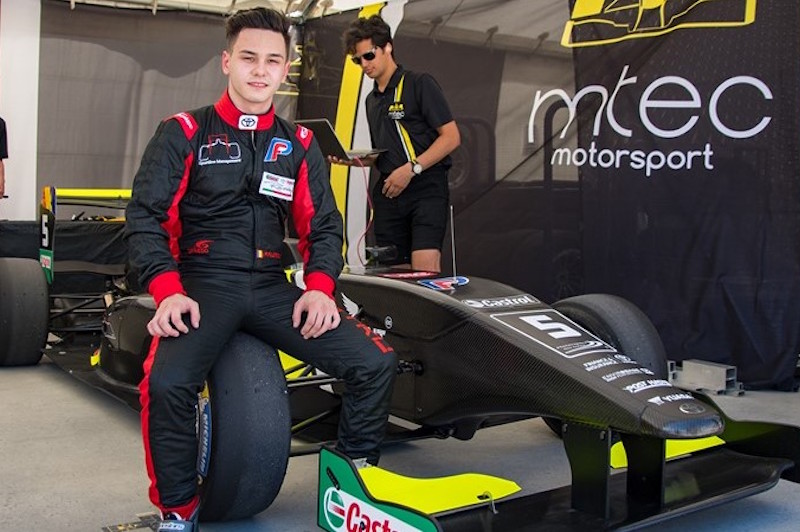 Petru Florescu has joined the Toyota Racing Series grid in time for this weekend’s opening round, taking up a seat with MTEC Motorsport.

A five-time race-winner in British Formula 4 in 2016, Romanian driver Florescu has since split his time mostly between Euroformula Open and the Formula 3 European Championship, contesting partial programmes in both for Fortec Motorsports last year.

He tested with Van Amersfoort Racing at the end of 2018 with a view to entering the renamed Formula European Masters series this year.

?It?s a very strong line up this year and I feel like it can give me the edge I need to be able to charge into the 2019 season in Europe.

“I had a good winter testing outing in December so I am hoping to bring that momentum to New Zealand.

“I?ll give it my best and despite having no knowledge about the tracks and the car, I am sure it will be good.?

The addition of Florescu brings the total entries for this year’s TRS up to 16, three cars more than in 2018.

He joins Japan’s Kazuto Kotaka and the Australian duo of Calan Williams and Jackson Walls in the MTEC line-up.