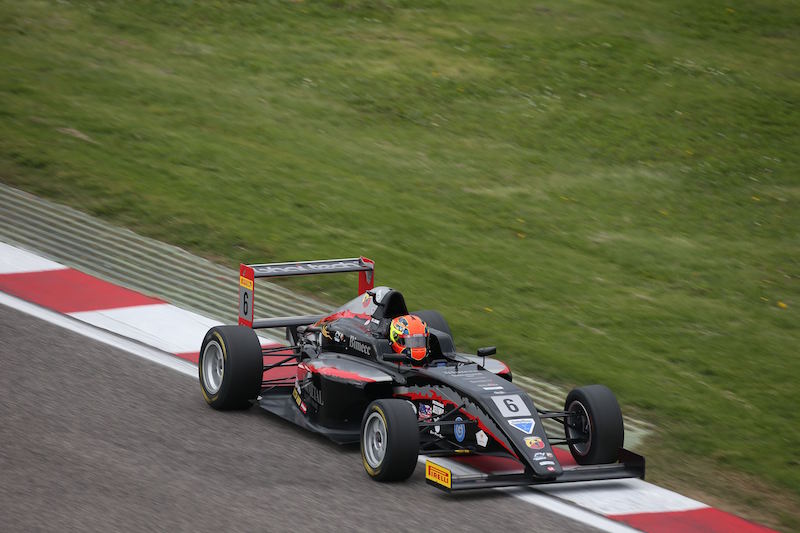 Lorenzo Colombo converted pole position into a maiden victory at the third attempt at the Italian Formula 4 round at Adria.

Bhaitech driver Colombo was beaten to the win in race one by Job van Uitert and hit by Marcus Armstrong while leading late in race two, and van Uitert briefly got ahead of him again down the straight exiting the first corner on the opening lap.

The Dutchman immediately locked up and ran deepat the next corner however, allowing Colombo into a lead he increased to more than three seconds over the half-hour race.

Van Uitert had to spend the rest of the race defending second from Ferrari protege Armstrong, who did get alongside into the Turn 7 hairpin with seven minutes left but couldn’t get ahead on the outside line.

All three had been running behind Sebastian Fernandez, but the Misano dominator ran?wide into the grass at Turn 12 for the second time and spun across the track and into retirement.

The top 10 was rounded out?by Kush Maini, Ian Rodriguez, Felipe Branquinho and Federico Malvestiti, who denied Enzo Fittipaldi the final point after the Brazilian had recovered from a ragged opening lap.