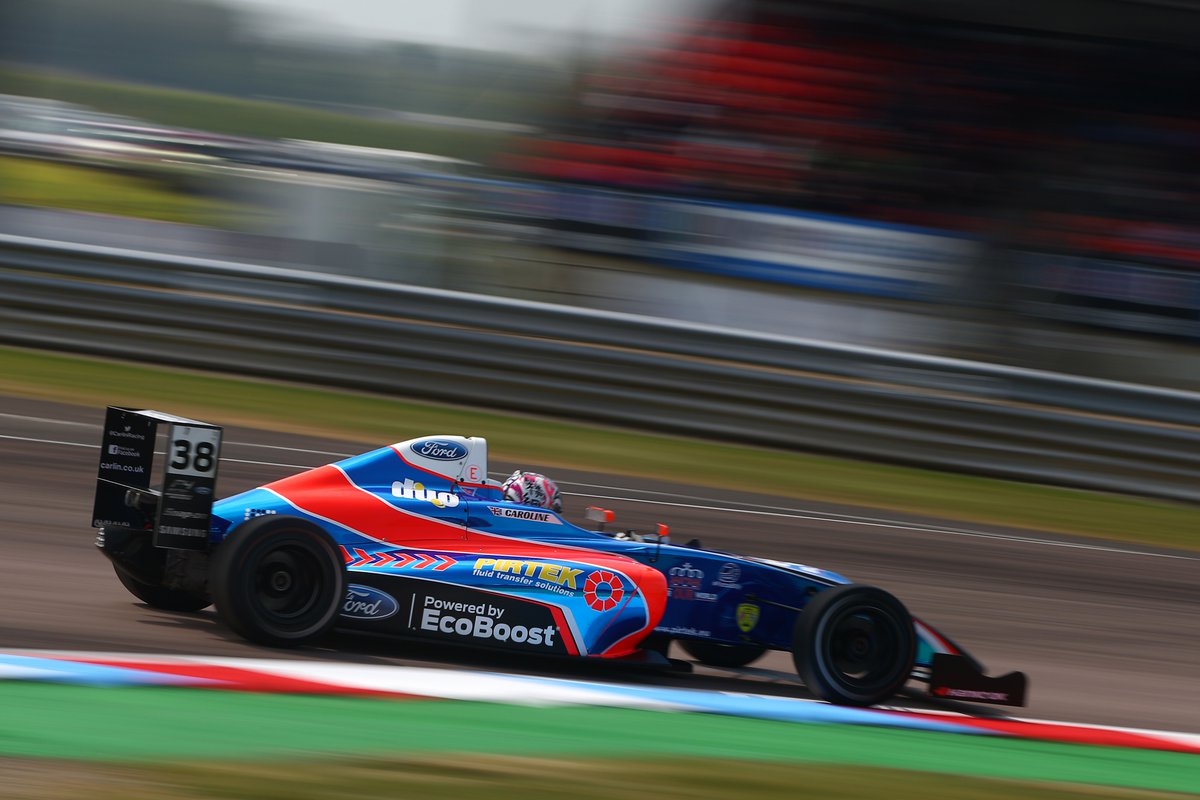 Jamie Caroline took another spectacular British Formula 4 win in a thrilling Thruxton classic in the second race of the weekend.

As at Donington Park last month, Carlin driver Caroline won from sixth on the reversed grid after a race one victory.

With Karl Massaad, who should have been ahead of him on the grid, absent after a technical issue, Caroline climbed to fourth off the line, and then dived down the inside of the top three cars – those of Logan Sargeant, Oliver York and Linus Lundqvist – into the first part of the Complex to take the lead.

Lundqvist re-passed the fast-starting York for second place on lap three, and then enjoyed a thrilling battle with Caroline for much of the rest of the race.

The pair traded places several times over the next 10 minutes and even made?contact as Lundqvist tried to dart out from behind his rival exiting the high-speed Church corner.

At this point, a charging Ayrton Simmons took third away from Sargeant and quickly moved himself into the lead battle, passing Lundqvist for second at the Complex.

The Swedish driver tried to take the place into the Club chicane at the end of the same lap but had to check up and fell behind Sargeant.

Simmons and Sargeant then had an intense battle at the same point a lap later, and Lundqvist used his greater momentum to get second back with two minutes left.

Caroline had by now been able to escape however, and finished 3.88 seconds clear as he clinched his sixth win in eight races.

Oscar Piastri spent much of the race back in sixth place but completed the podium in third after following?Lundqvist past the squabbling Sargeant and Simmons, who came home fourth and fifth respectively.

Qualifying pacesetter York slipped back to eighth by the flag behind Alex Quinn and Patrik Pasma, while Jamie Sharp and Harry Webb made the top 10 once more.