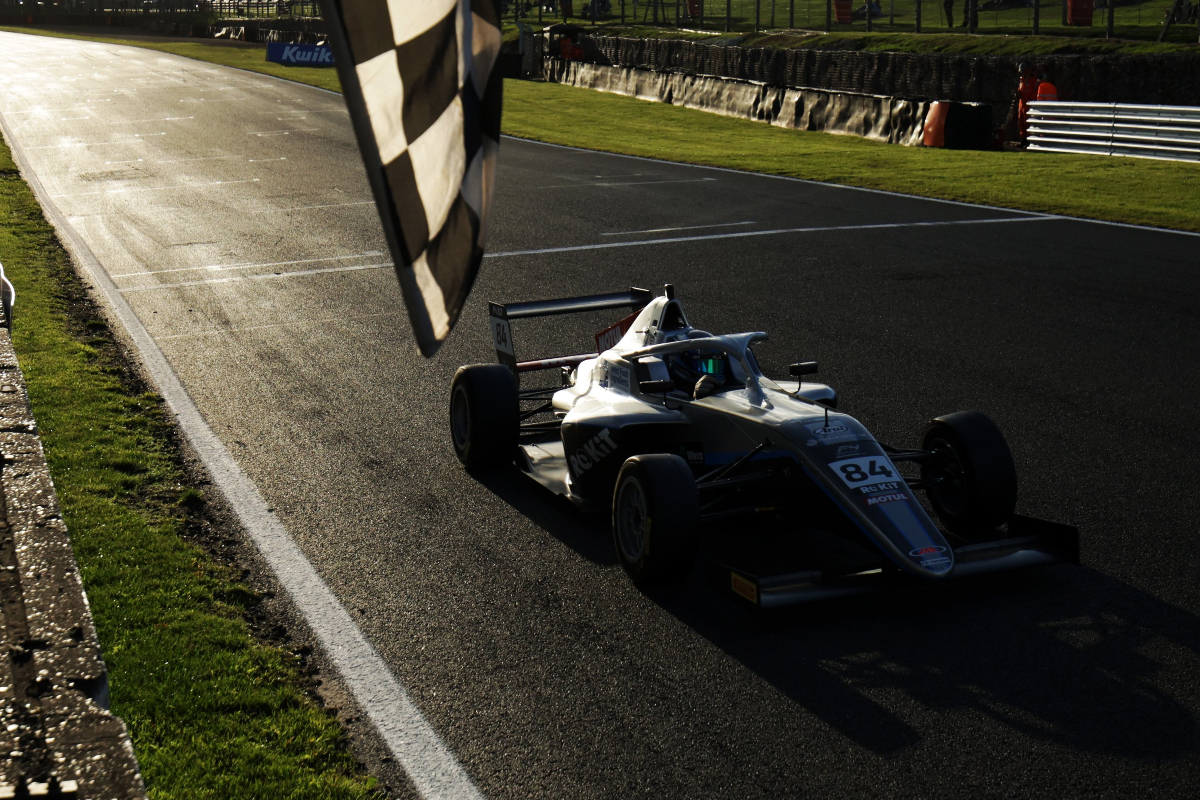 It was a lights-to-flag victory for Loake, who finished almost two seconds ahead of Louis Sharp. A switch between Ollie Gray and Carlin team-mate Sharp on the penultimate lap put Sharp in second and earned him fourth in the points standings.

It was a clean last race of the season, with no safety car periods and only one retirement.

As such, there was little to stop Loake pulling away at the front of the order. After a poor start from fellow front row starter Edward Pearson, Loake was able to get the jump on Gray and Sharp behind. He wasn’t challenged by either driver during the race.

Sharp stayed on Gray’s tail throughout the 15 lap race, but couldn’t find a way past. But on lap 10 of 11, Gray appeared to slow and dropped back, falling into the clutches of Aiden Neate, who had spent the race running in fourth, as a result.

Neate pushed hard but Gray defended well and managed to hold off Neate until the chequered flag.

The main battles happened at the tail end of the order. Ugochukwu spent the second half of the race pushing to find a way past Pearson. Despite falling backwards early in the race, Pearson was able to hold off the McLaren junior to finish fifth. Ugochukwu still did enough to win the rookie classification, and the rookie title in the process.

Noah Lisle and Michael Shin were locked in a battle for ninth for much of the race, with Georgi Dimitrov and Jack Sherwood close behind. Shin would hold off the trio of drivers behind to finish ninth on track, but a penalty for Daniel Guinchard ahead for exceeding track limits promoted him to eighth, behind Eduardo Coseteng.

Lisle took ninth ahead of Sherwood and Dimitrov, while Guinchard dropped back to 13th.

The only retiree was Marcos Flack. The Fortec Motorsports driver had put in a strong drive to climb up to 15th from the back of the grid and was attempting another move when he spun at Hawthornes. Afterwards he came into the pits to retire.