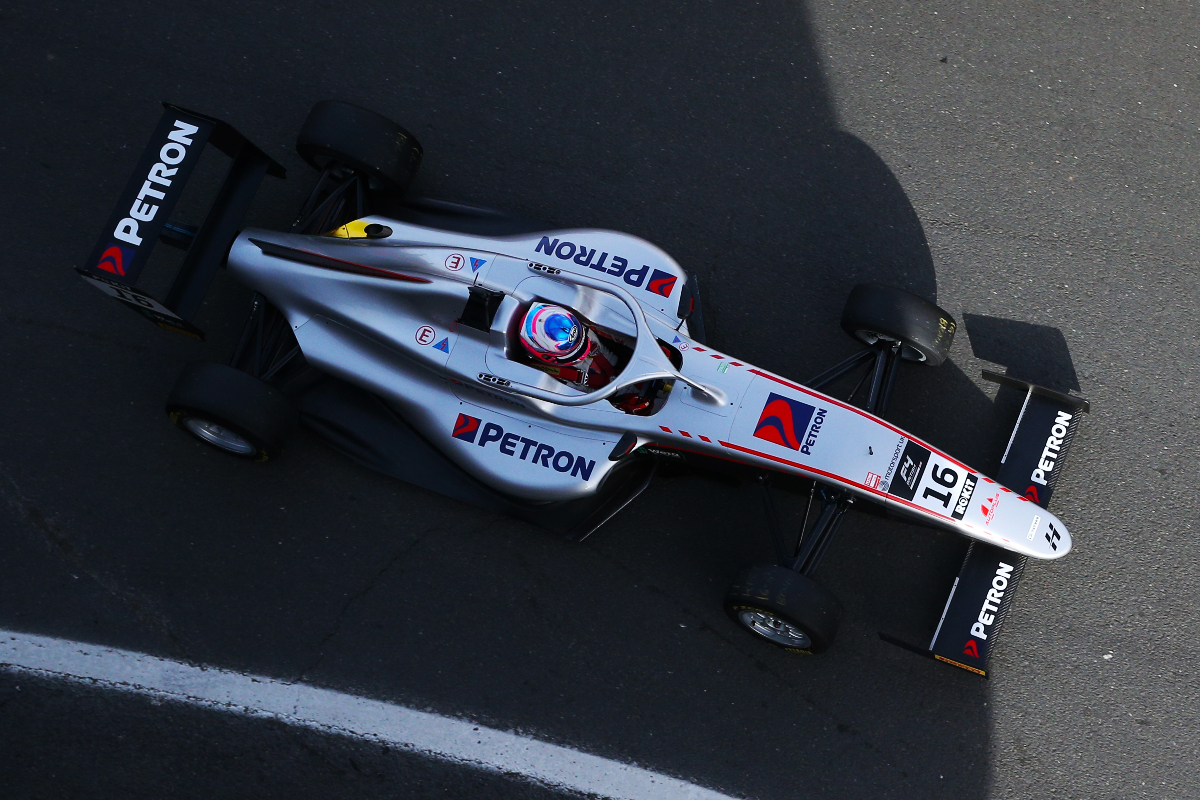 It was a relatively smooth run to victory for Coseteng, though he came under pressure from Michael Shin late in the race.

The reversed-grid race at Brands Hatch was shortened to 18 minutes after an off for Jack Sherwood on the formation lap resulted in a second formation lap taking place.

When the race started, it was Louis Sharp who got the best start from fourth on the grid to dive past Georgi Dimitrov and challenge Shin and Coseteng for the lead. Coseteng came out of the battle ahead, with Shin close behind when the safety car came out at the end of lap one.

An incident further down the pack had sent Jaden Pariat and Isaac Barashi off at turn one while Marcos Flack was forced to come into the pits to retire. Pariat and Barashi were able to rejoin the race at the back of the field.

Coseteng got the best restart, leaving Shin to battle with Sharp for second, and created a gap at the front of the field. He was less than two seconds ahead when Shin broke free of Sharp, and the lead two started trading the fastest lap.

Shin gradually closed in, but didn’t quite have enough to challenge for position and the gap was just 0.270s when the chequered flag fell.

Sharp finished a distant third ahead of Dimitrov, who had a more eventful race having battled Aiden Neate on the restart. The pair made slight contact, with Neate’s front wing making contact with one of Dimitrov’s rear tyres. Both drivers were able to continue without damage and Dimitrov pulled away from Neate, who fell back behind Ugo Ugochukwu late on.

Ugochukwu ran out of laps before he could close the gap to Dimitrov, but finished a comfortable fifth and top of the rookie classification.

It was a disasterous race for Ollie Gray. Shortly after the restart, he slowed on track and had to come into the pits to retire.

Neate held on to sixth overall ahead of Joseph Loake, Daniel Guinchard and Adam Fitzgerald, who formed a train of drivers behind Neate in the closing stages of the race.

Outside the top 10, there was a close battle between Sherwood and James Higgins for 13th. The pair swapped places several times, allowing Daniel Mavlyutov to close onto the back of the fight. Higgins managed to shake off the pair at the end to finish 13th.