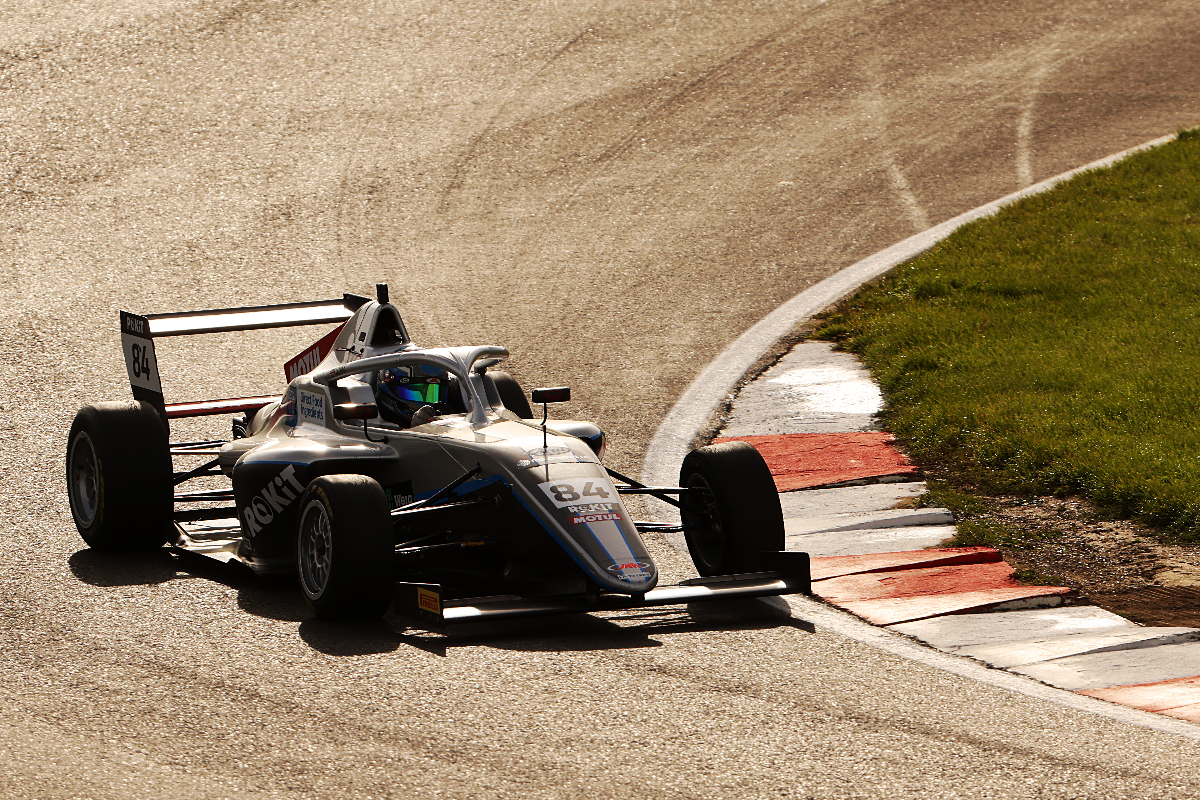 Joseph Loake won the first British Formula 4 race of the weekend at Brands Hatch, as the absent Alex Dunne was crowned champion.

Dunne was provisionally crowned during qualifying due to holding an insurmountable points lead over Carlin’s Ollie Gray. An appeal over the results of race one at Silverstone last month, but being heard by Motorsport UK’s National Court post-season, did mean however that should the court’s decision go in Gray’s favour in one possible outcome – and if he won all three races this weekend with two fastest laps as well – he could become champion.

But Loake dominated race one, and second place for Gray meant Dunne is now champion regardless of the court decision.

Gray kept close to Loake on the opening lap, but the JHR Developments driver was quickly able to pull out a gap up front.

As Loake continued to extend his lead to over a second, there was drama further down the field. Louis Sharp had been challenging Ugo Ugochukwu for fourth when his car began to smoke. He slowed and managed to stop his car in an escape road. Sharp jumped out the car as it caught fire, but no safety car was required to pause the race.

Loake was free to continue extending his lead at the front of the order and was more than two seconds ahead by the chequered flag.

Gray also extended a gap to Daniel Guinchard in third, as Guinchard battled against Ugochukwu.

The two rookies were joined by Edward Pearson early in the race, after the Virtuosi driver struggled off the line. In the closing stages of the race they pulled away from him, with Ugochukwu pushing hard but unable to find a way past Guinchard and having to settle for fourth.

The next closest battle on the grid was that for third in the rookie classification. Noah Lisle managed to hold off Adam Fitzgerald in the fight for ninth overall and just had his nose ahead at the chequered flag.

Aiden Neate had a quite race to come home sixth ahead of Georgi Dimitrov and Michael Shin.