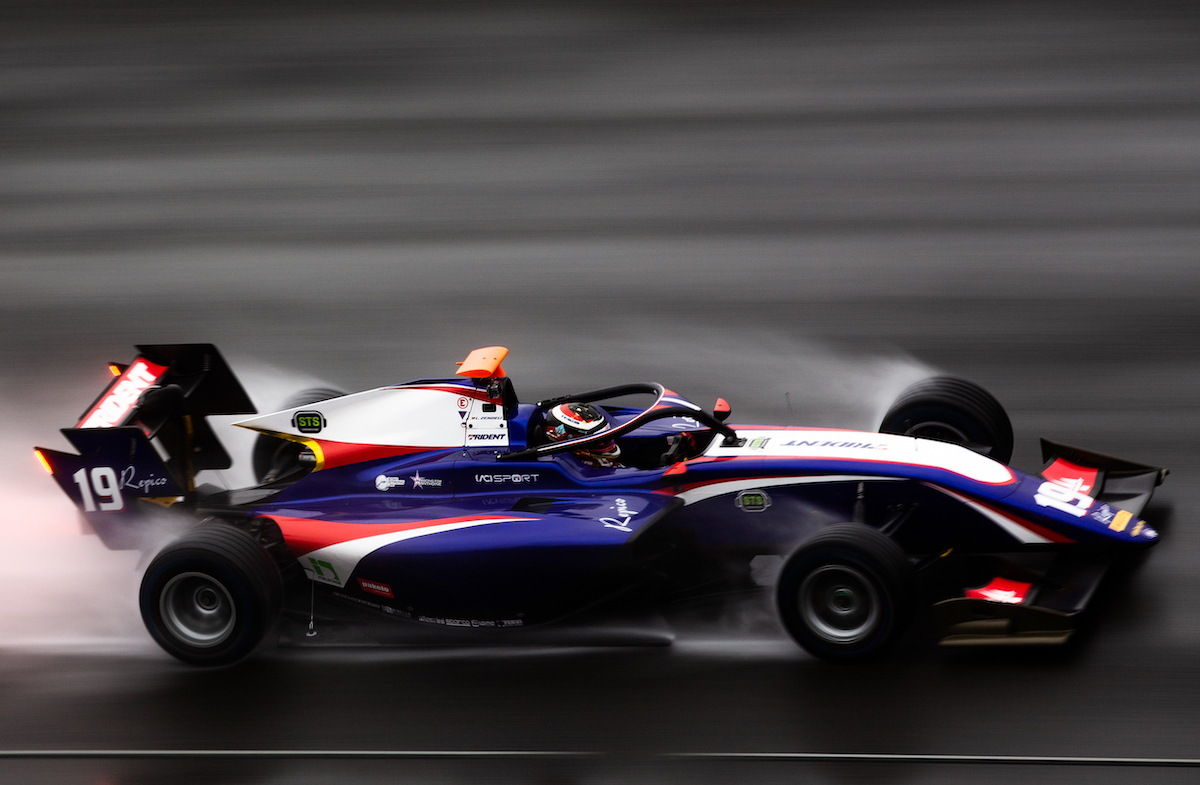 Lirim Zendeli has signed with Trident as he returns to the FIA Formula 3 Championship for a second season.

The 2018 ADAC Formula 4 champion stepped up to F3 last season with the Sauber-linked Charouz team and scored a pair of top-eight finishes in his third event at the Red Bull Ring.

He didn’t score again though – despite qualifying on the front row and briefly leading at Monza – and parted company with the team mid-way through the final round of the season at Sochi.

The German driver went on to drive with Jenzer and Trident in the post-season test at Valencia before settling with the latter for his 2020 campaign.

?After testing with the team in Valencia it was totally clear to me that I really would like take my career onto another level with this traditional and experienced team,” he said.

?I am convinced that we can achieve many very good results and I?ll give everything to bring some trophies to the teams headquarter in Milan.”

Zendeli is currently competing in the Toyota Racing Series in New Zealand, sitting fifth in the points after two podium finishes in the opening round at Highlands Motorsport Park.

?Last year we watched Zendeli with great attention in the Formula 3 championship and even though he didn?t get particularly important results, his skills favourably impressed us,” said Trident owner Maurzio Salvadori.

?I am delighted to have him in the 2020 Team Trident line-up. I am sure he will be among the leading drivers, and that he will become one of the stars of the season.

“He has already driven a Team Trident car in last October?s post-season test at Valencia. Even if he was with us for only one day, we appreciated his driving talent, his sensible attitude and his absolute professionalism.?

Trident finished fourth in the teams’ standings in the inaugural FIA F3 season, with Pedro Piquet fifth in the drivers’ points after taking a win at Spa-Francorchamps.

Other drivers that tested with the team in Valencia included its 2019 racer Devlin DeFrancesco as well as David Beckmann, Alessio Lorandi and Olli Caldwell, who formed its trio at the Macau Grand Prix.