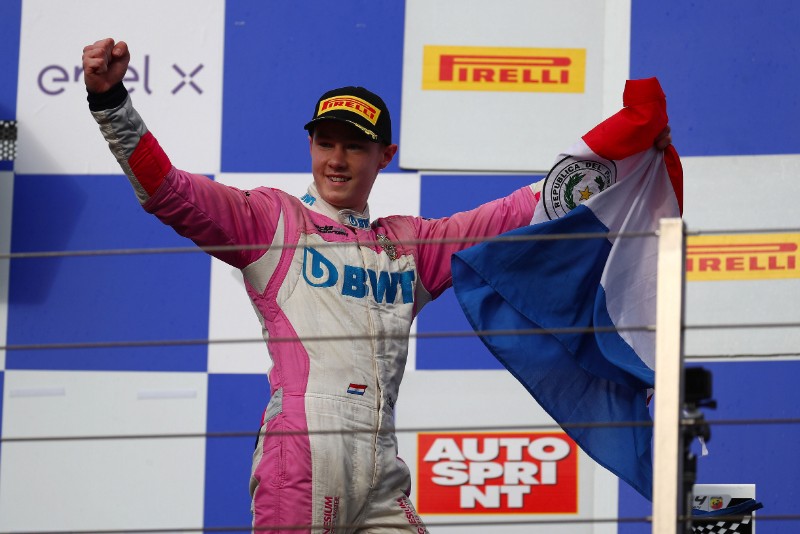 The 16-year-old started his single-seater career at the start of 2019 in F4 United Arab Emirates, and took five wins, two poles and four fastest laps on the way to second in the standings with Mucke.

He continued with the German team in its local championship and Italy, and was fast from the off. He inherited a first win in just his second Italian F4 race, and finished eighth in the points with three other podiums to his name.

In Germany he only made the podium twice, but did take four rookie classification wins and was the best of the Mucke drivers.

Duerksen announced his return to F4 on Paraguayan sports television channel and website Tigo Sports, and is aiming for no less than the top three in the standings in both championships.

Mucke will retain Nico Gohler for another season in ADAC F4 in 2020, and its F4 UAE line-up of Erick Zuniga and Erwin Zanotti are both signed for European campaigns.

Sergio Perez-supported Zuniga will race in both championships like Duerksen, while Zanotti will focus solely on an Italian campaign.

The ADAC season will be contested over seven rounds, with no Formula 1 support due to there being no German Grand Prix this year, with the Italian championship also being held over seven rounds. At present, the season finales of both are clashing fixtures, although it is believed the ADAC F4 round at Sachsenring will be moved.