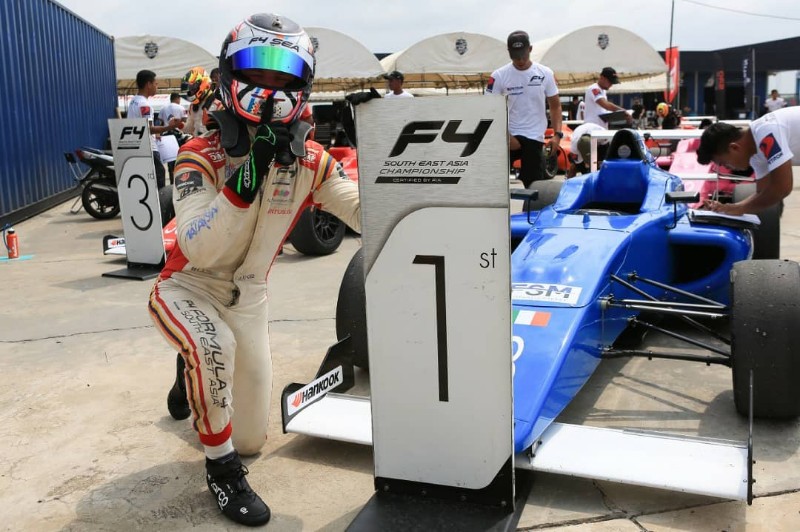 The 17-year-old won 12 races on the way to the 2019 F4 SEA title, having cameoed in the series the year before. He also represented Ireland in the inaugural FIA Motorsport Games F4 Cup and finished eighth.

Prior to that he raced in British F4 with Falcon Motorsport and Fortec Motorsports, with a best finish of eighth in his 42 race appearances.

“I am extremely proud to announce I will be racing in Super Formula Lights this season with Albirex Racing,” said Allen.

“This is a massive step for me in my career and never thought I?d be driving in this championship so soon.

“I am ready to work extremely hard with the team to be in the best possible shape to preform well this year. Thank you to the team for having the confidence in me.”

The championship is introducing the new halo-shod Dallara 320 single-seater chassis this year, which is also being utilised by Euroformula, and Albirex has already put in an order for the car.

Albirex was absent from the SF Lights grid last year, having competed in the championship between 2016-’18. It picked up one overall podium during that time, as well as two National class wins.

The team, fronted by Toshikazu Nakamura and led by Makoto Sakurai in the engineering department, is a longtime entrant in Japan’s entry level single-seater series Super FJ and continued to compete in that category last year.