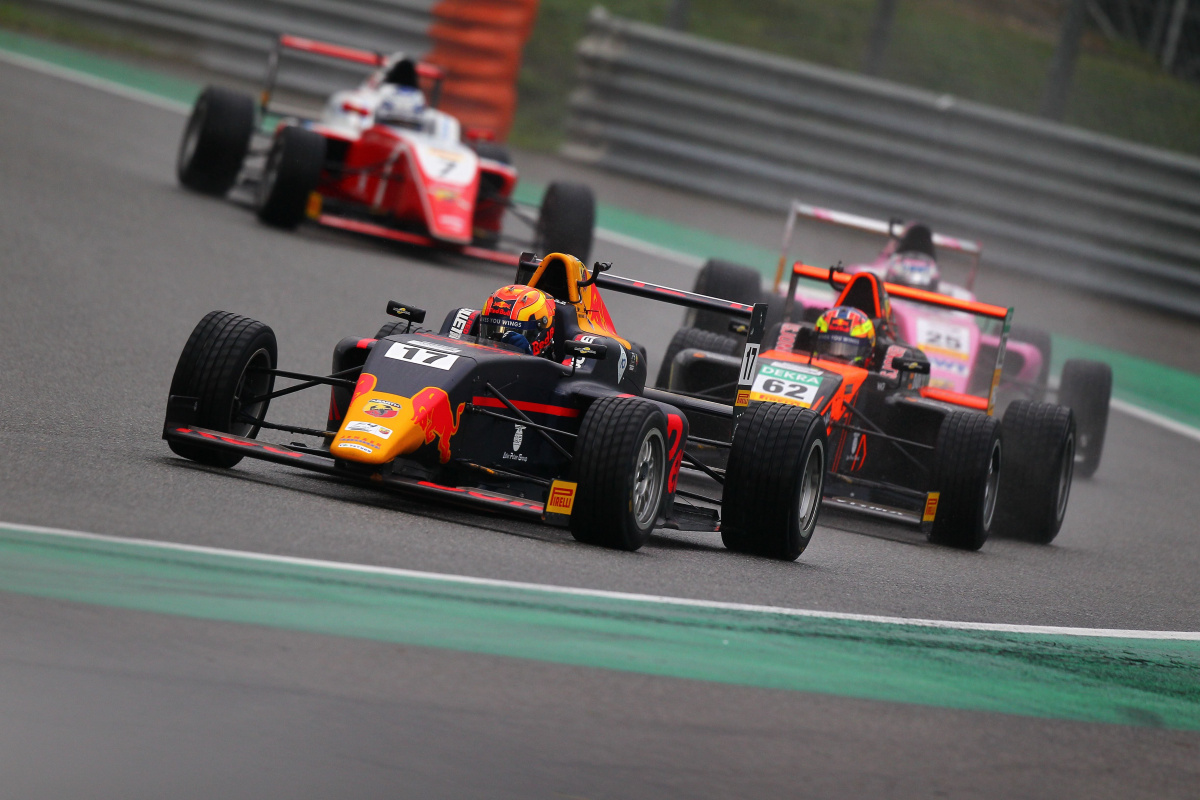 Red Bull Junior driver Jonny Edgar is to race with Van Amersfoort Racing in both the Italian and German ADAC Formula 4 championships in 2020 in his second season in cars.

Edgar, who turns 16 next month, was signed by Red Bull back in 2017 while he was still in karting. After finishing third in the WSK Super Master Series in 2018, he stepped up to F4 in 2019 with Jenzer.

He made his car racing debut in the Spanish F4 round at Le Castellet, ending a successful weekend with a triplet of podium finishes and two poles. He also raced in the ADAC championship as a guest at the Red Bull Ring and at Hockenheim, while embarking on a full Italian F4 season.

Edgar finished his first full season in 10th overall, with two podium finishes. He ended the year with the two final pole positions of the year at Monza.

?Last year was my first year in F4 and I loved every minute of it,” said Edgar.

“This year I will have to step up my game competing in two of the toughest F4 championships at the same time.

“More than ever I feel ready to take this challenge head-on, aiming for nothing less than trophies.

?I have great confidence in Van Amersfoort Racing. Already during winter testing they made me feel right at home and I look very much forward putting up a successful season together with them.”

VAR took Edgar’s fellow Red Bull junior Dennis Gauges to a combined 18 victories across the two series last year, with the Norwegian claiming the Italian title and finishing a close second in Germany.

?We have had our eye on Jonny already for quite some time, so we are extremely happy to have him on board for the upcoming season,” CEO of VAR Rob Niessink said.

“Having had his inaugural F4 campaign last year, we feel he is now ready to compete for the highest step on the podium.

?Jonny can count on the support of our complete team and we will help him in every possible way. In the end we both have a common goal; winning championships.?

Edgar?s first race of his dual campaign is set to be in the ADAC championship at Oschersleben in April.