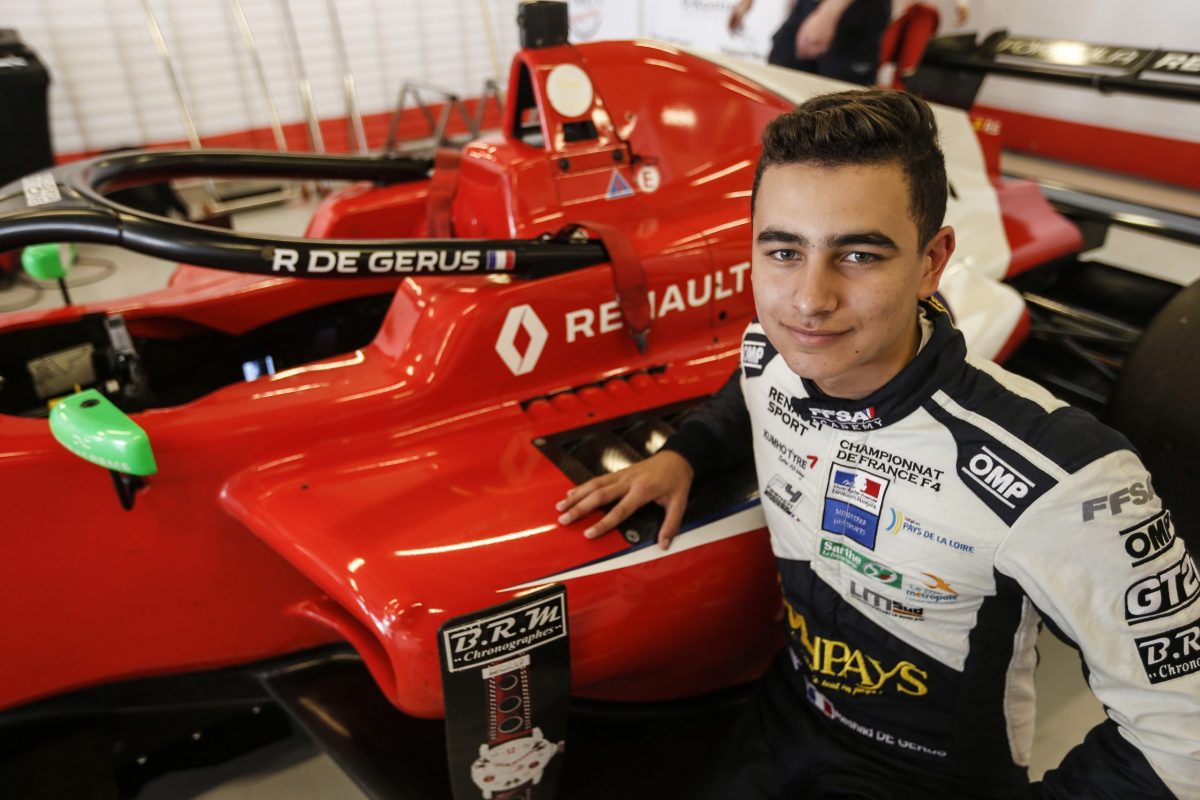 French Formula 4 runner-up Reshad de Gerus will step up to the Formula Renault Eurocup this year with Arden.

The 16-year-old made his single-seater debut in French F4 in 2018, and raced in the Junior classification due to his age.

He finished second in the standings with four wins and also made the overall podium on several occasions.

Last year he took four wins in the main classification and was second in the points once again, and finished fifth for France in the inaugural FIA Motorsport Games F4 Cup.

“I’m very pleased to announce I’ll be driving in the Formula Renault Eurocup with Arden Motorsport in 2020,” said de Gerus.

?I?d like to take the chance to thank Garry Horner and everybody at the team for the fantastic opportunity.

?Last season was a promising step forward for the team and I?m confident we can continue to build on that momentum heading into 2020.

?[FR Eurocup] is a great series and a brand-new car for me, but testing has been promising so far and I?m confident we?ll arrive at the opening round at Monza in good shape.?

De Gerus joined Arden for the post-season Eurocup test in Abu Dhabi, and was 17th fastest on his first taste of regional Formula 3 machinery.

?Everybody at Arden Motorsport is delighted to welcome Reshad to our Formula Renault Eurocup team for 2020,” said Arden’s team manager Ben Salter.

?His progress over the last two years in French F4 has been very impressive and testing with him so far has put the foundations in place for a strong rookie season ahead.

?It?s a challenging championship, but Reshad is up to the task and we?re looking forward to a successful season together.?