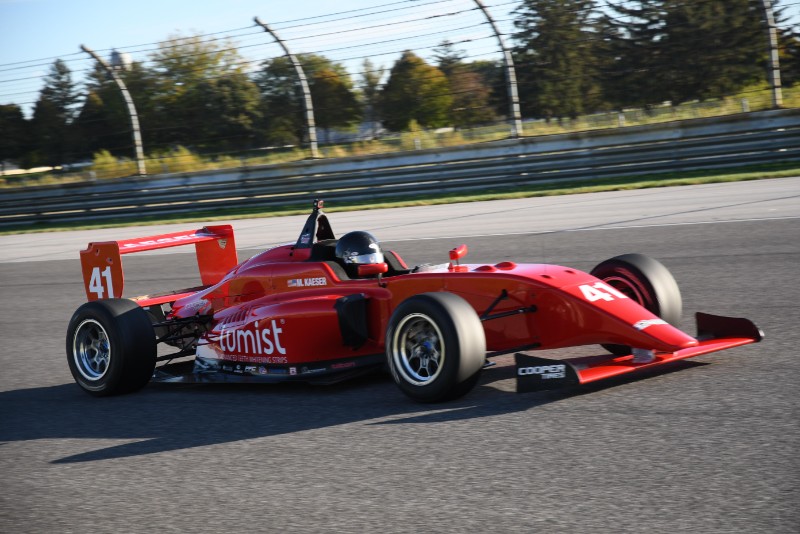 “I am happy to finally have a deal done, and I can shift my focus to the upcoming season,” said Kaeser, who comes to the championship after a successful year racing in Formula F, an American equivalent of Formula Ford.

“I will be working hard over the next three months to ensure that I am 100% ready for the first green flag in St. Petersburg and can’t thank Jack and the entire Miller Vinatieri Motorsports organization for this amazing opportunity.”

Cape Motorsports has also made its second signing, with Kyle Dupell joining Josh Green at the title-winning squad.

?It?s an extremely proud moment for me to be joining forces with Cape Motorsports for the 2020 USF2000 season,? said Dupell.

?It?s a great feeling having a team with such a prestigious history showing their confidence in you to compete on their behalf.? I believe their history speaks for itself as the best team on the grid.

There are already 11 drivers signed up for USF2000, with Jay Howard Driver Development fielding four cars alongside two from Pabst Racing, MVM and Cape, and DEForce Racing‘s Kiko Porto.