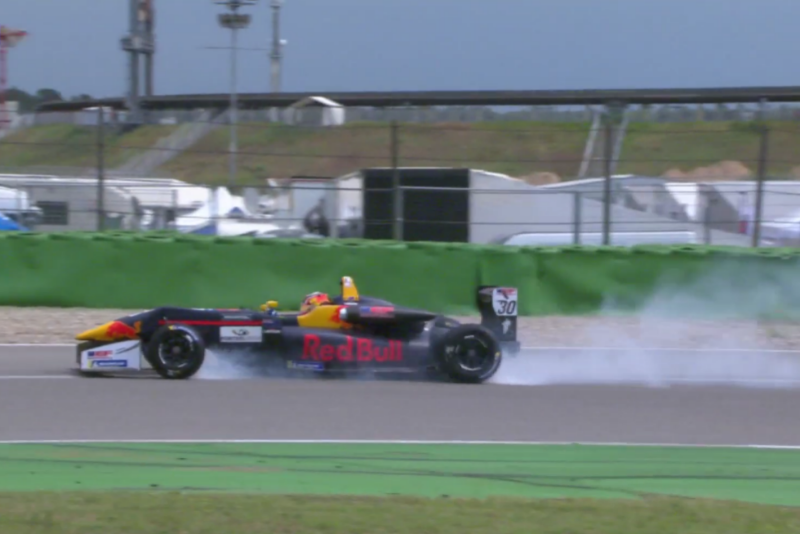 Liam Lawson’s loss of the Euroformula Open points lead was in part down to his legrest detatching and making his car “borderline undriveable” during the first race at Hockenheim.

The 17-year-old had qualified third for the first race of the weekend, but started the race from sixth as the result of a penalty picked up from clashing into Motopark team-mate Julian Hanses while fighting for the lead of last weekend’s Pau Grand Prix.

He rose up to fourth on the first lap, and passed Double R Racing’s Linus Lundqvist for third early in the race. In the pursuit of Lundqvist’s team-mate Jack Doohan for second, the legrest came loose.

“The race pace was really, really good. I had to pass a few cars at the start, and then I was starting to settle and catch Marino [Sato] ahead,” said Lawson.

“The legrest in the car fell down. It holds your legs in basically [think of it as an egg box, preventing a drivers legs from lateral movement and bruising while the car is at speed], but when it fell down it pushed my right leg further down. And then I couldn?t move my legs at all.

“It did that about lap five, then every lap I had to try to hold the legrest up. It was borderline undriveable really.”

After passing Doohan for second place, Lawson then conceded the position back when he spun at Turn 1 with a few laps left of the race.

“When I spun the car, I got to Turn 1 and obviously that?s a corner that?s so on the limit [on the throttle, for downforce], so I send it in and then I couldn?t move my legs. It?s really difficult to explain.

“It fell down, and then forward – so it was nearly on the throttle pedal and I couldn?t push the throttle anymore [without holding it up]. So basically when you?re at a corner like Turn 1 where the whole balance of the car is on the throttle, I couldn?t drive properly. That?s why I lost the car.”

The legrest is usually attached to the top of the cockpit using a velcro-like fastening system, with the protruding lightweight material pointing downwards and wrapping the drivers legs [as shown below].

Despite heavily locking his front and rear brakes and tyres during the spin, Lawson stayed on the pace and hounded Doohan to the chequered flag.

“The pace, and the race itself was really good. It?s just really disappointing. I think when it happened I maybe should?ve backed off a bit [to hasten it falling off entirely], but I kept trying to catch Marino with the problem that I had, so it was a shame.”

Lawson?s team-mate Sato won the race from pole, and snatched fastest lap from the Red Bull junior too. As a result, Lawson has lost his championship lead and is now six points behind going into the second race of the weekend. 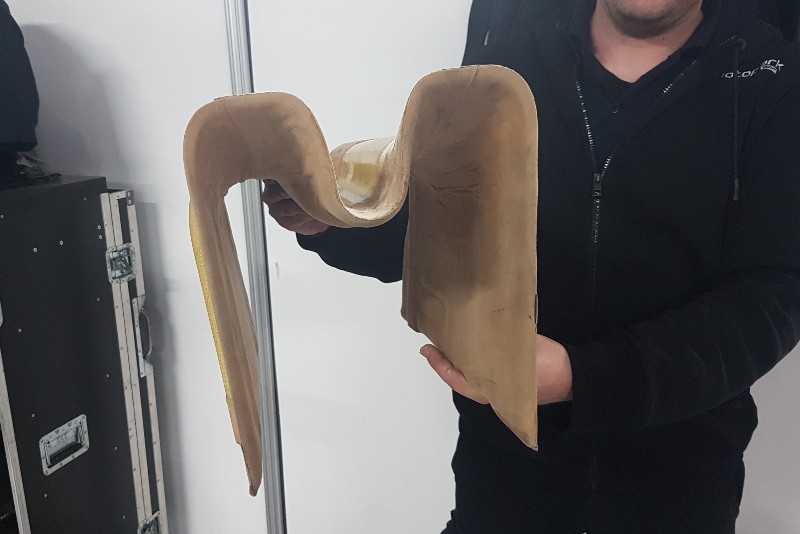