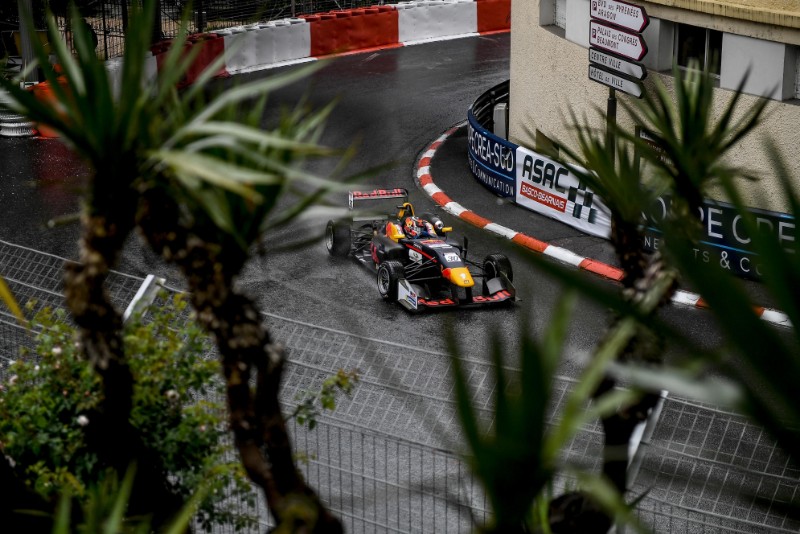 As in free practice one, Lawson’s Motopark team looked strongest when the track was at its driest. As the rain picked up again in the closing minutes, Lawson continued to improve and ended the session with a 1m19.296s lap.

Hanses and Tsunoda led much of the session, and along with Lawson and Double R Racing’s Linus Lundqvist looked the most committed on track.

At one point Lundqvist got too committed, and crashed in between Turns 8 and 9, damaging two wishbones. He hobbled back to the pits, and Double R managed to get him back on track in time to go 13th fastest.

With the top five all powered by the Spiess engine, Teo Martin Motorsport’s Guilherme Samaia was the top HWA-propelled entrant in sixth place, ahead of Lundqivst’s team-mate Jack Doohan.