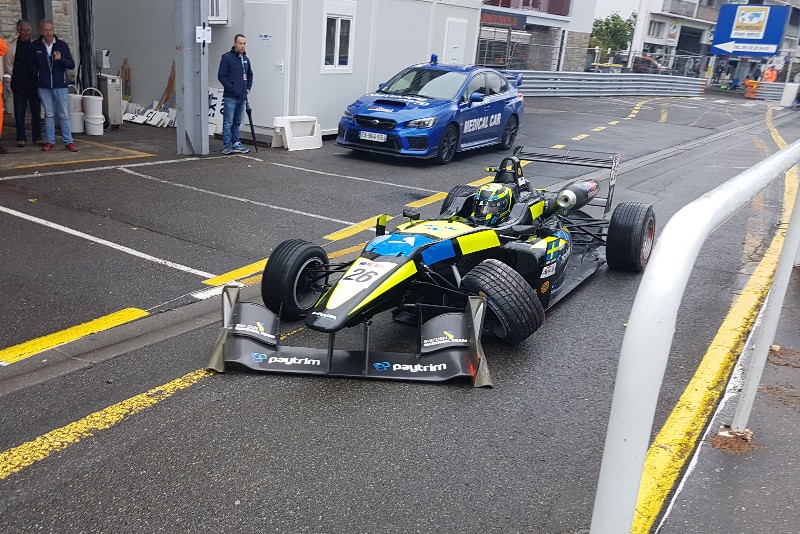 Linus Lundqvist has praised Double R Racing’s “superhero” effort to get him on track in Euroformula Open free practice in Pau after crashing out earlier on.

The reigning BRDC British Formula 3 champion starred in the bravery stakes during the rain-soaked free practice sessions, but in the slightly drier afternoon run he misjudged the run through the twisty Foch chicane section of the street circuit layout.

Lundqvist described it as a “very classic” Pau incident.

“I overpushed near the monument [at Foch],” he told Formula Scout.

“I hit the kerbs, but ran out of road on the exit. It is very close to the walls, and I just clipped the right front.”

He was able to drive his car back to the pits despite damaged suspension and a broken front wing, but said that “wasn’t really a superhero effort”, reserving credit for his mechanics who fixed the damage so he could continue the session, which he finished in 13th.

“I think the superhero effort was from the guys who managed in like 15 minutes to get the car back out on track again, and for the last five to seven minutes or so.”

“A massive job by them from my mistake, and all I can say is thank you to them and sorry for my mistake.

“Let’s get our head down for tomorrow and see what the weather brings.”