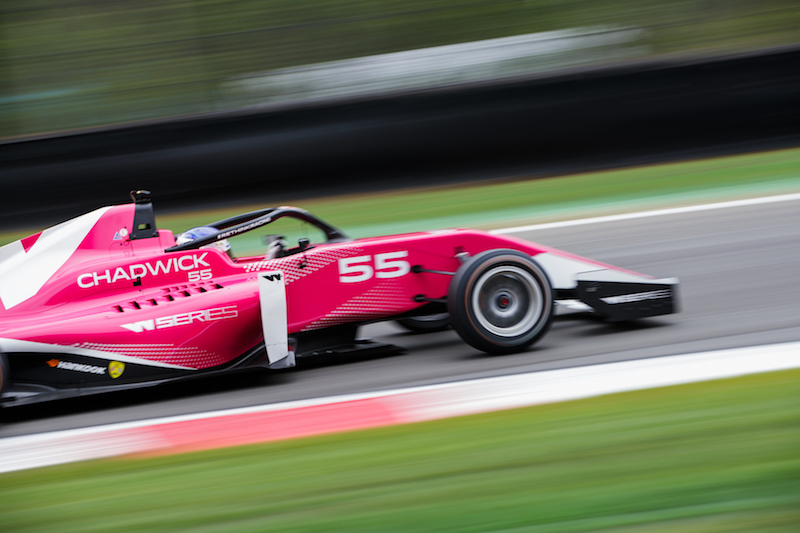 Jamie Chadwick scored her second straight W Series pole position in qualifying at Zolder, edging out Beitske Visser by just a tenth of a second.

Chadwick and Visser topped a session each in Friday practice at the Belgian circuit and it was Visser that appeared to have the upper hand in qualifying.

The BMW-contracted Dutch driver sat half a second clear at the top of the times when she pitted with five minutes remaining, but Chadwick then managed a 1m28.681s to claim pole by 0.116 seconds.

Hockenheim podium finishers Alice Powell and Marta Garcia leapt up from towards the bottom of the order in the closing minutes to claim places on the second row of the grid, four tenths away from pole.

They demoted Sarah Moore to fifth and Fabienne Wohlwend to sixth. Tasmin Pepper was seventh ahead of Esmee Hawkey, Vicky Piria and Gosia Rdest.

Both of the championship’s reserve drivers took part in qualifying for the first time.

Vivien?Keszthelyi was a late call-up ahead of qualifying in place of Emma Kimilainen, and despite missing second practice managed 16th place.?Kimilainen has been advised not to drive, saying her first-lap crash at Hockenheim “triggered a recurrence of an old injury”.

Sarah Bovy was notified after practice that she would be racing an additional 19th entry at her home circuit, but she ended qualifying in last position.