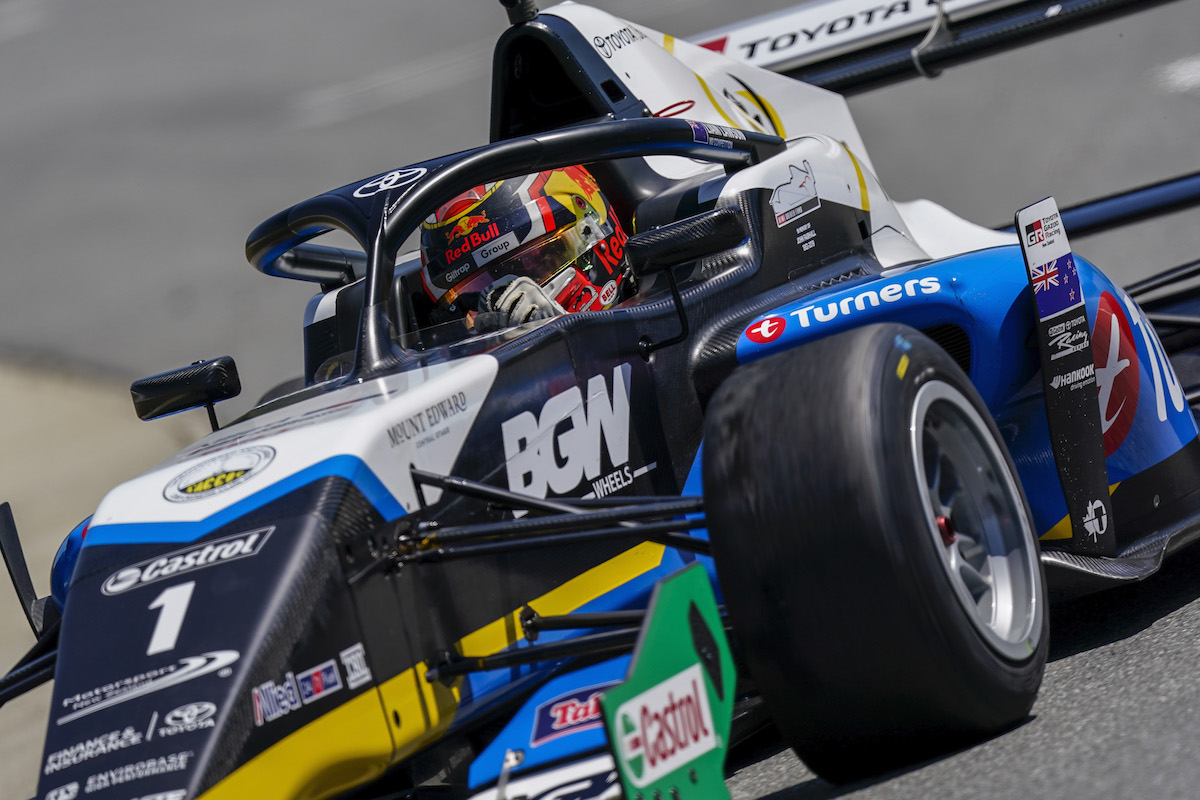 The M2 Competition driver led from lights-to-flag, brushing off a safety car intervention that wiped out a four-second lead he had built in the first two thirds of the race.

Lawson’s first challenge was eradicated before the start, with MTEC Motorsport by R-ace GP reporting problems on the grid and then pulling into pitlane at the end of the formation lap with a presumed suspension issue.

This left Lawson with an easy run to the first corner on the opening lap, and he swiftly pulled away from the battles behind despite “taking it easy”.

He did the same on the safety car restart on lap 17 of 20, resulting in victory and an extended points lead after also winning race one.

Kiwi Motorsport’s Franco Colapinto inherited second place at the start and never let go of it, while a super start from Yuki Tsunoda led to him challenging M2 team-mate Igor Fraga for third early on. His challenge faded, and even the safety car restart didn’t help his podium ambitions.

Giles Motorsport’s Gregoire Saucy did a solid job to finish fifth, ahead of the charging Ido Cohen (M2) and Petr Ptacek (MTEC).

Both started further down the order and ran close all race, making contact at least once, and Ptacek snatched sixth place from the Israeli on the last lap.

It was a bad race for MTEC, with Jackson Walls also losing a potential top-10 finish to a suspension problem. It required him to be in the pitlane for several laps, and when he returned to track it wasn’t long before he stopped and caused the safety car period.