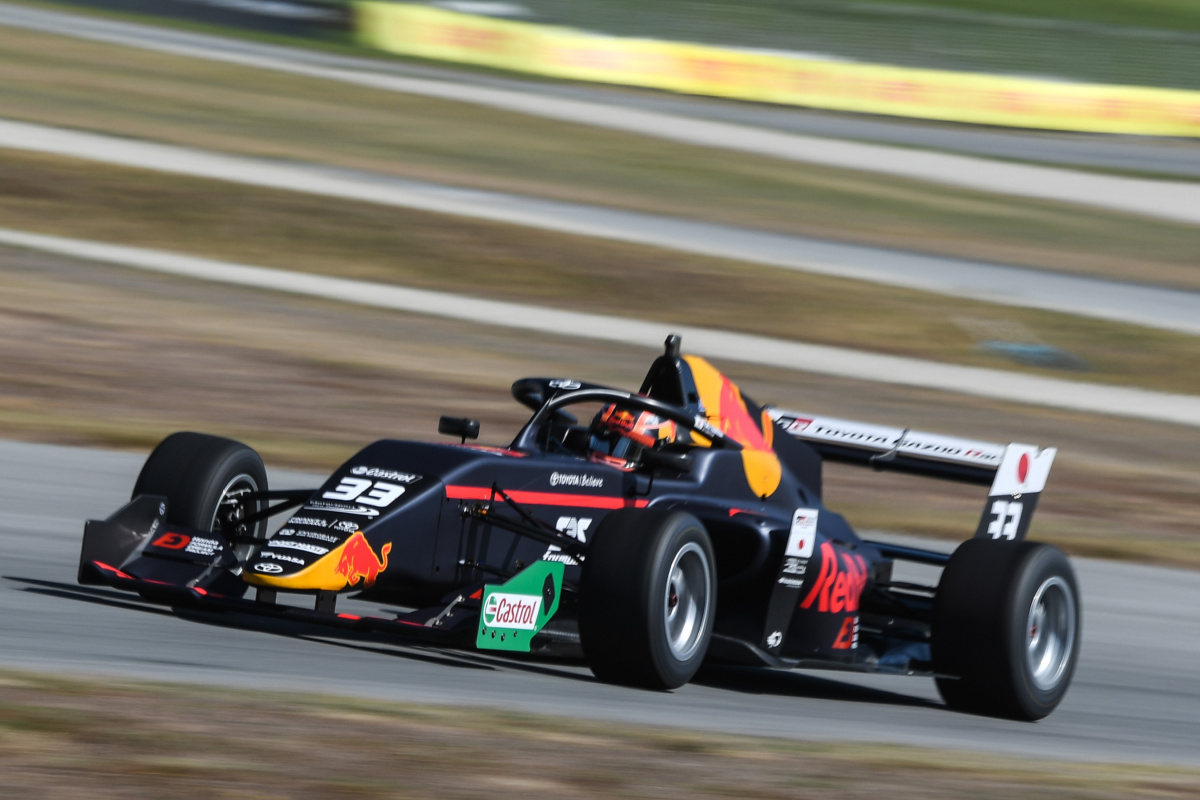 The M2 Competition driver beat reversed grid poleman Oliver Rasmussen off the line and stretched out a lead of nearly two seconds in the first half of the race, before letting his MTEC Motorsport by R-ace GP rival close in again in the second half.

Tsunoda upped his pace again on the last lap, crossing the finish line with a 1.012 second advantage.

“We had rally bad qualifying. I just focused on the races,” said Tsunoda.

“My start was really good and I passed Rasmussen. I felt confident in my pace, especially in the first half of the race. Rasmussen was quite fast in the second half but I just trusted my car and my engineer.

“Everything is new, new car, new circuit especially. I’m really struggling to adapt to the car.”

Giles Motorsport’s Lirim Zendeli passed team-mate Gregoire Saucy at the start and finished a lonely third, with the latter having the fast-starting race one winner Liam Lawson in his mirrors all race.

Lawson started sixth but immediately passed his M2 team-mate Igor Fraga, but the narrow circuit layout made it difficult to put a move on Saucy. His championship lead remains at four points, with Zendeli now his closest rival.

Caio Collet, who won the first race on the road before a post-race penalty for a start infringement, brushed a wall at the end of the opening lap and pitted to retire shortly after. He’s now ninth in the points.