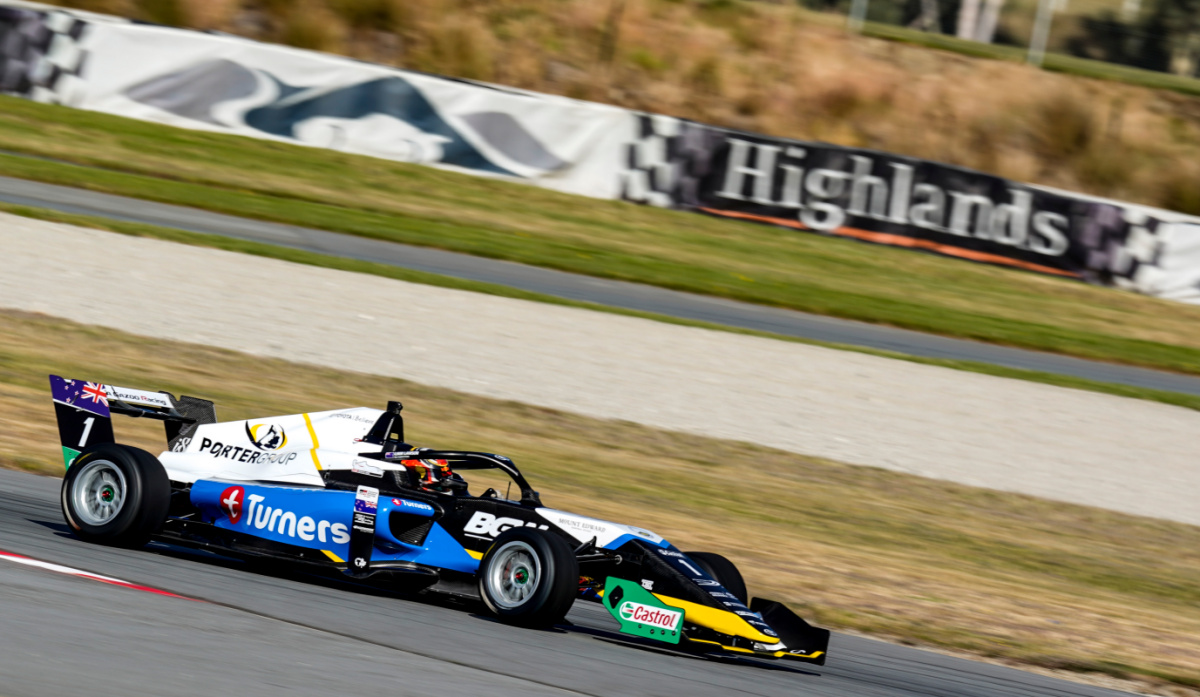 Liam Lawson and Caio Collet’s Toyota Racing Series rivalry continued into the second qualifying session at Highlands Motorsport Park, where they were split by just 0.026 seconds.

After his M2 Competition team-mates Rui Andrade and Ido Cohen laid down the early pace, Lawson moved to the top of the times with his third flying lap.

It wasn’t until the final five minutes of the session that MTEC Motorsport by R-ace GP’s Collet moved into second place, and two laps later he managed to better Lawson’s benchmark.

M2 driver Igor Fraga claimed top spot a few seconds later by 0.016s, which was almost half a second short of Lawson’s next effort.

Collet improved to within 0.159s of Lawson, then in the final minute went even faster – but still 0.003s off Lawson.

Both drivers were still on flying laps after the chequered flag, and Collet was the first to complete his to take provisional pole. It was some time before Lawson came round on his last effort, and he snatched back first place by 0.026s.

Franco Colapinto didn’t improve on his final lap, but the Kiwi Motorsport driver still did enough to beat Fraga to third.

Gregoire Saucy was the top Giles Motorsport driver in fifth, with Lirim Zendeli once again showing promising pace early in the session but sinking to seventh behind M2’s Yuki Tsunoda.

MTEC by R-ace GP left its drivers in the pits for longer than its rivals before heading out on track, and its trio of Petr Ptacek, Oliver Rasmussen and Jackson Walls reaped the strategy to qualify ninth, 10th and 11th.

Amaury Cordeel was once again not present for Kiwi, forced on to the sidelines through concussion.