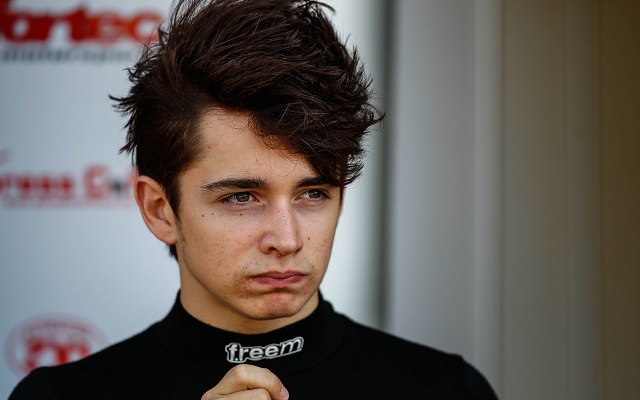 In both the morning and the afternoon sessions, Leclerc narrowly led championship leader Nyck de Vries, who comes into the round with a strong shot at sealing the drivers’ title.

In session one, Leclerc dethroned de Vries with a late flyer which would prove to be the only sub 1:45 lap of the session. The Dutchman settled for second, while Leclerc’s squadmate Martin Kodric was more than half a second down in third.

Stefan Riener took fourth ahead of JD’s Matevos Isaakyan and Eurocup guest Jack Aitken. MGR’s Pietro Fittipaldi, who brought his count of consecutive victories up to eight in the Protyre Formula Renault series last weekend, was seventh, with Marek Bockmann, Egor Orudzhev and George Russell bringing up the top ten.

Riener was sixth ahead of Russell, while Matt Parry, Hans Villemi and Fittipaldi rounded out the top ten.

De Vries comes into the weekend 70 points ahead of Leclerc and 78 ahead of Isaakyan, with 100 left up for grabs in the championship.