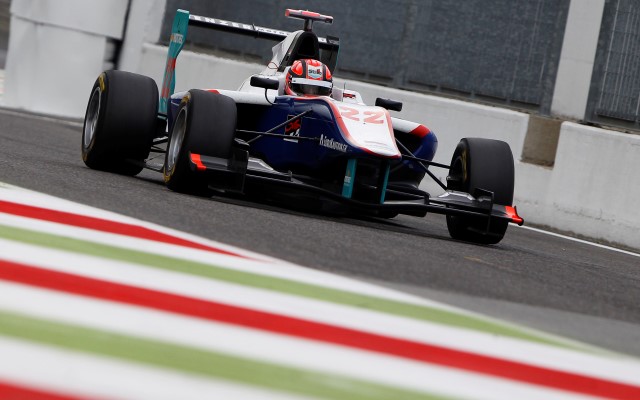 The Italian driver, who will complete the season with Jenzer after joining them for Spa, lapped his home circuit in a time of 1m38.656s at the end of a session in which the circuit dried following a rain shower.

Patrick Kujala was second for Marussia Manor Racing, 0.044s slower than Ceccon and just 16 thousandths of a second ahead of another Jenzer driver, Matheo Tuscher.

Patric Niederhauser was seventh ahead of Pal Varhaug, Riccardo Agostini and Richie Stanaway.

Alex Lynn, who leads the championship by 32 points over Stanaway, sat in P1 inside the final ten minutes but was relegated down to 12th after pitting early.

The only changes to the entry list this weekend have been a couple of minor tweaks at Trident. After sitting out the last round, Mitch Gilbert returns in car #25, with Luca Ghiotto moving over to car #23 after Konstantin Tereschenko‘s GP3 career for-now got no further than an aerial crash in practice at Spa. Ghiotto and Gilbert were 21st and 22nd respectively in this session, with John Bryant-Meisner 26th after curtailed running in car #24.