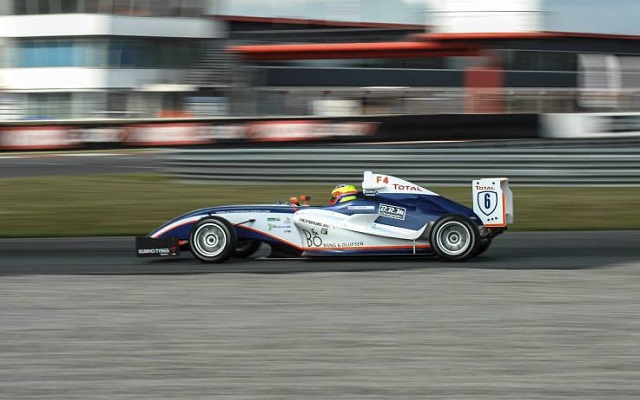 Anglo-Swiss racer Felix Hirsiger secured poles for races one and three of the fourth round of the French F4 season at Magny-Cours.

Hirsiger, who sits third in the drivers’ standings, comfortably led most of the session and ended up more than a tenth clear of championship leader Lasse Sorensen.

Swiss racer David Droux matched his personal best qualifying result with fifth, narrowly ahead of Valentin Hasse-Clot, Vladimir Atoev and Paul Hokfelt. Denis Bulatov and Patricio O’Ward made up the rest of the top ten.

On the grid of race one, which is determined by the drivers’ second-best laps, Hirsiger and Sorensen also make up the front row.

Boccolacci and Mawson maintain their positions on row two, whilst Hasse-Clot will take fifth ahead Droux.

Bulatov will start race one in seventh, leading O’Ward, Atoev and Bryan Elpitiya.