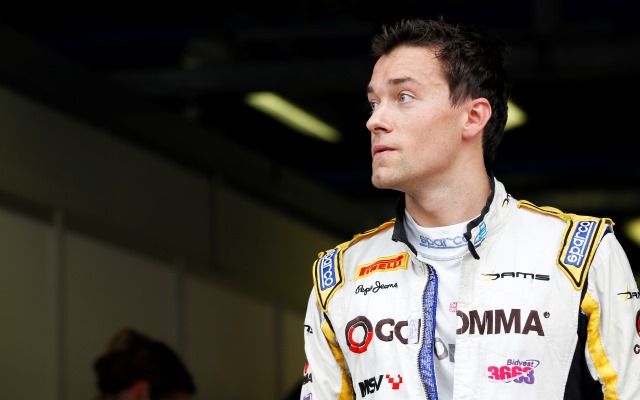 GP2 championship leader Jolyon Palmer will start the Monza feature race from the back of the grid after being excluded from qualifying for not having fuel in his car at the end of the session.

The DAMS driver had been fourth quickest in the session, but it was found afterwards that less than one litre of fuel remained in his car.

Palmer has a 32-point margin in the drivers’ standings over Felipe Nasr, who was eighth fastest but will move up one place on the grid thanks to his rival’s exclusion. Palmer has not finished a race lower than seventh so far in 2014.

Raffaele Marciello will move up onto the second row of the grid at his home event, alongside Mitch Evans. Stoffel Vandoorne and Arthur Pic start from the front row.

Of little consolation to Palmer will be the decision to penalise Johnny Cecotto for impeding him ‘in a reckless manner’ at the Parabolica. Cecotto was only 21st quickest in a nightmare session, and a three-place grid drop (combined with gaining a place from Palmer’s exclusion) means he will now start 23rd.

Trident team-mate Sergio Canamasas, debutant Pierre Gasly and Artem Markelov will all move up above the Venezuelan.