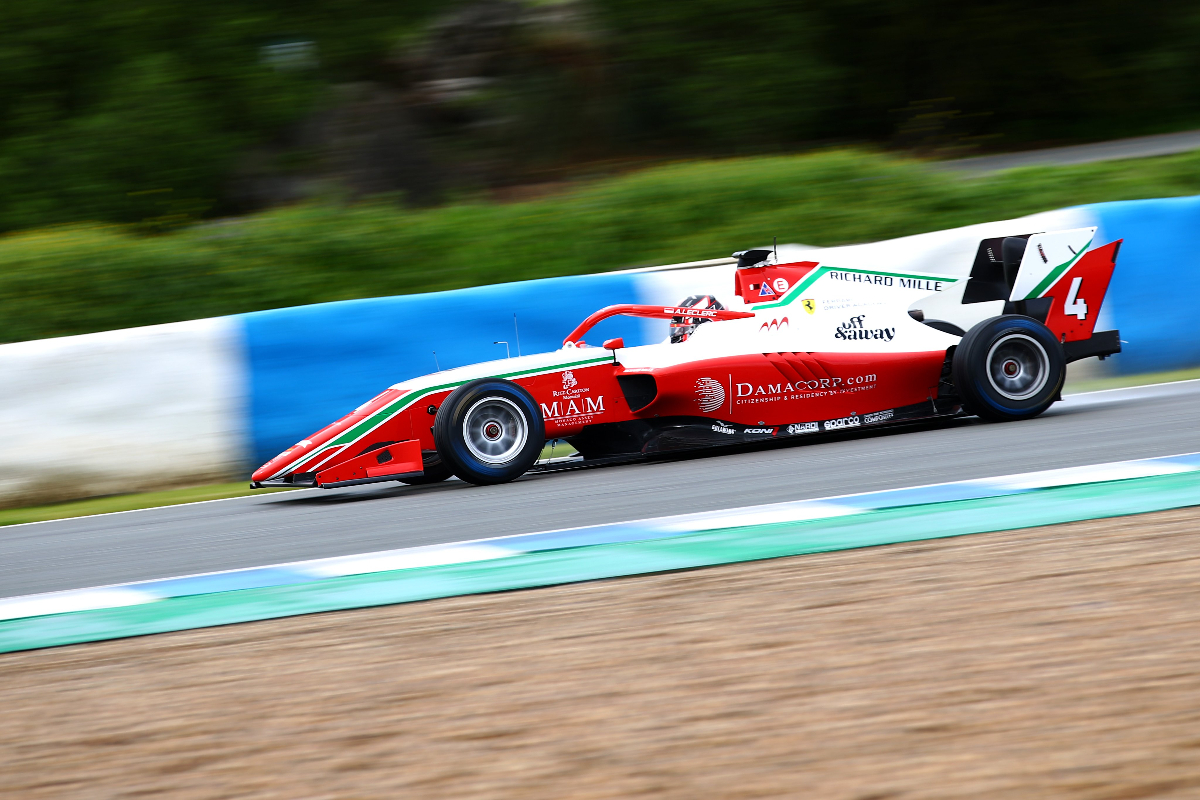 Arthur Leclerc set the fastest lap on the second morning of FIA Formula 3 testing at Jerez.

After Tuesday’s heavy rain, Wednesday’s action began in less extremet conditions and there was a dramatic improvement in laptimes once drivers had switched to slicks, with Leclerc going 2.381 seconds faster than the day one pace.

He set his quickest time on his final lap just as the chequered flag came out, edging Carlin’s Zak O’Sullivan from top spot by just 0.006s.

O’Sullivan and team-mate Enzo Trulli had been aiming to maximise track time and were the only two to reach 50 laps in the three-hour session.

MP Motorsport’s Caio Collet was third fastest, and near the top for most of the morning. An off had shortened his Tuesday afternoon, but he had been satisfied with the car’s pace.

Victor Martins was fourth, having been the first to lap sub-1m31s. He improved on his final lap, and was 0.043s off Leclerc’s 1m30.628. He and his ART Grand Prix sat out most of the session, each recording fewer than 20 laps.

Van Amersfoort Racing’s Franco Colapinto briefly went fastest in the closing minutes but was shuffled back to fifth, one place ahead of Trident’s new signing Oliver Rasmussen.

Only six drivers completed more than 10 laps in the first half of the session as the track was still wet from the previous day, with Prema only doing installation laps and six drivers not exiting the garages at all.

With an hour remaining, the drying surface attracted most of the field, although running was twice interrupted by red flags as Federico Malvestiti and Ido Cohen stopped on the circuit. Both were recovered and able to continue.

The final 20 minutes of action featured all but Prema’s Jak Crawford on track, and tumbling laptimes. With the full allocation of five sets of slicks tyres for each car to be used and clear skies in the afternoon, the final session is likely to be a busy one.

After feeling unwell and sitting out driving on Tuesday, Carlin’s Brad Benavides felt better and was back on track.