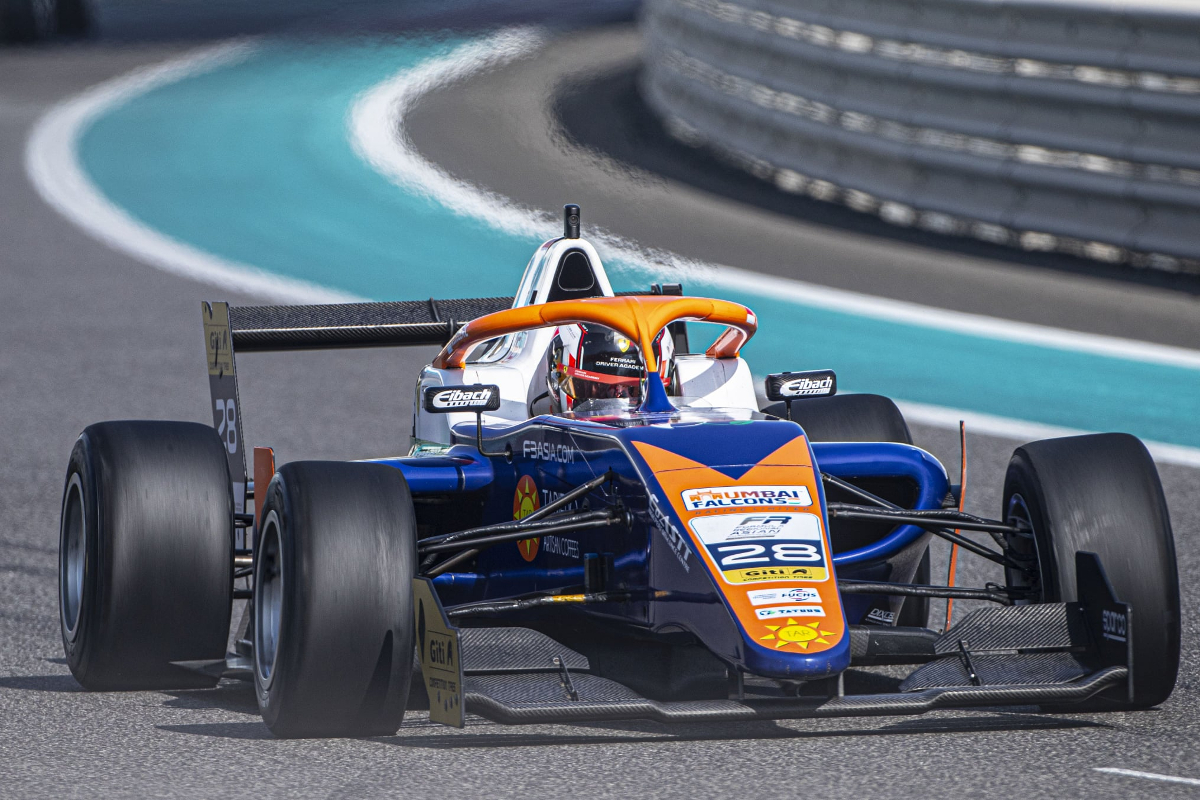 In an uneventful opening race of the weekend, Arthur Leclerc took a dominant win from pole position to wrap up the Formula Regional Asian Championship title with two races remaining.

The Mumbai Falcons driver was untroubled throughout, taking the chequered flag three seconds ahead of team-mate Dino Beganovic.

Pepe Marti, the only driver with a chance of overhauling Leclerc in the standings coming into the race, made a disastrous start and had dropped back to 23rd by the end of lap one. Despite executing most of the race’s overtaking moves in a charge back through the field, Pinnacle Motorsport’s rookie could only recover to 12th.

The two ran in close company throughout, but apart from one move by Hadjar around the outside of turn nine at the halfway point of the 17-lap race, the Hitech GP driver was unable to challenge and Crawford was able to hold on to take the final podium position.

The top 10 rapidly spread out with very little racing action. Paul Aron took a distant fifth for Abu Dhabi Racing by Prema, 6.4s behind Hadjar, ahead of Ollie Bearman and Patrik Pasma.

Gabriele Mini was running in fifth when he was hit with a penalty for exceeding track limits. At the end of the final lap let three cars by so he would finish eighth, and actually recieved no further penalisation meaning he scored four points.

Dilano van’t Hoff took ninth, with his second lap pass on Pierre-Louis Chovet being the only on-track change of position in the top 10 after the first lap.