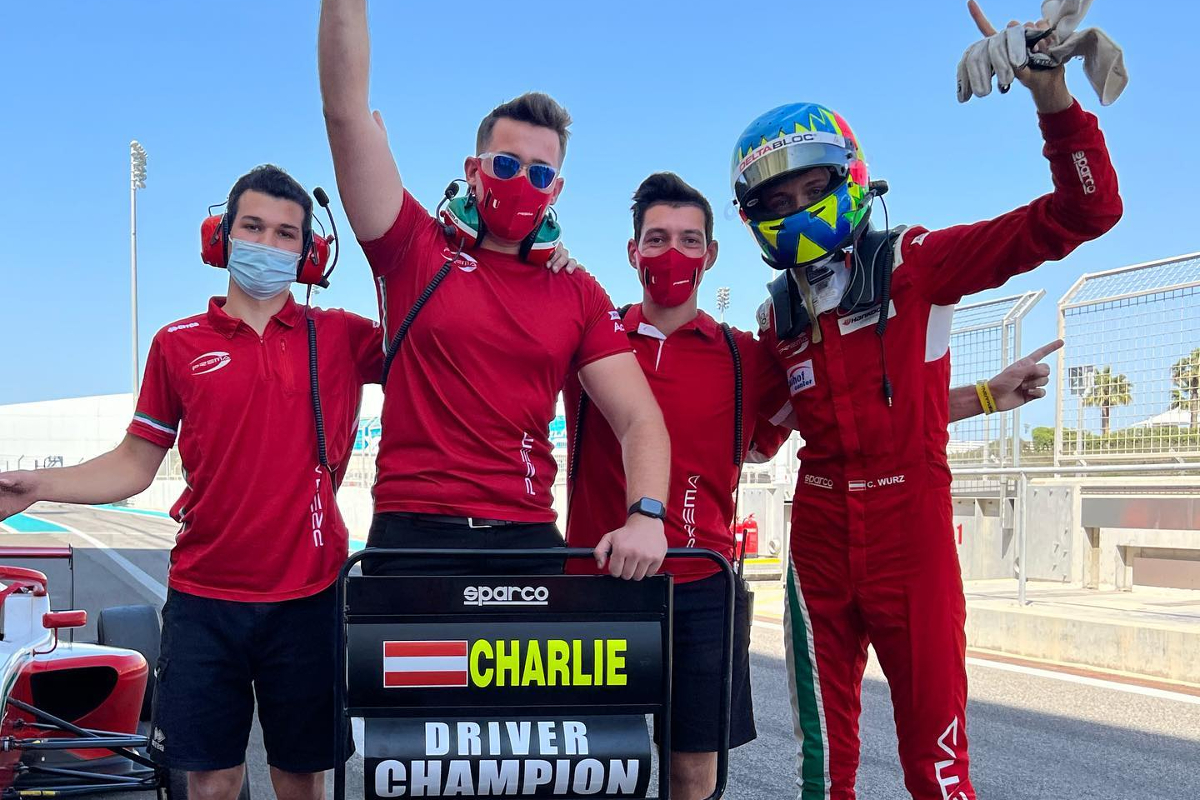 Charlie Wurz has clinched the Formula 4 UAE title with a race to spare after issues for early leader and Prema team-mate Rafael Camara at Yas Marina Circuit.

Points leader Wurz came into the race with the possibility of being crowned if he outscored Camara by three points and didn’t lose more than eight points to Aiden Neate and 17 to Nikita Bedrin.

The latter two dropped out of contention on lap one, with Bedrin retiring and Neate dropping to 25th, necessitating the use of the safety car.

Camara was leading from pole at the time ahead of Wurz and Alex Dunne. The Brazilian led away at the restart and Dunne got by Wurz shortly after, making it look like a straight shootout between the pair in the finale.

That was before Camara himself dropped well down the order halfway through the 25-minute race and took to the pits, leaving Dunne leading Wurz.

The pair stayed in that order, and, with second place and all three of his rivals not scoring, Wurz was crowned champion.

Conrad Laursen beat Tasanapol Inthraphuvasak in the closing stages for fifth, while Suleiman Zanfari, Jamie Day, Miron Pingasov and Jonas Ried rounded out the top 10 on track after a late pass. Day climbed from 15th to eighth, passing Pingasov on the penultimate lap, but a corner-cutting penalty dropped him back to 13th.

Neate recovered to 19th, while Taylor Barnard could only take 21st after dropping down the order early on having run fourth after the safety car period. Vladislav Ryabov set the fastest lap but it was voided for corner cutting. Having started 29th and last, Robert de Haan finished 13th.

In addition to Bedrin and Camara as the high-profile retirees, Anshul Gandhi pulled off shortly after Camara, Valerio Rinicella went missing from the timing screens a lap later and Ismail Akhmedkhodjaev also pulled out.