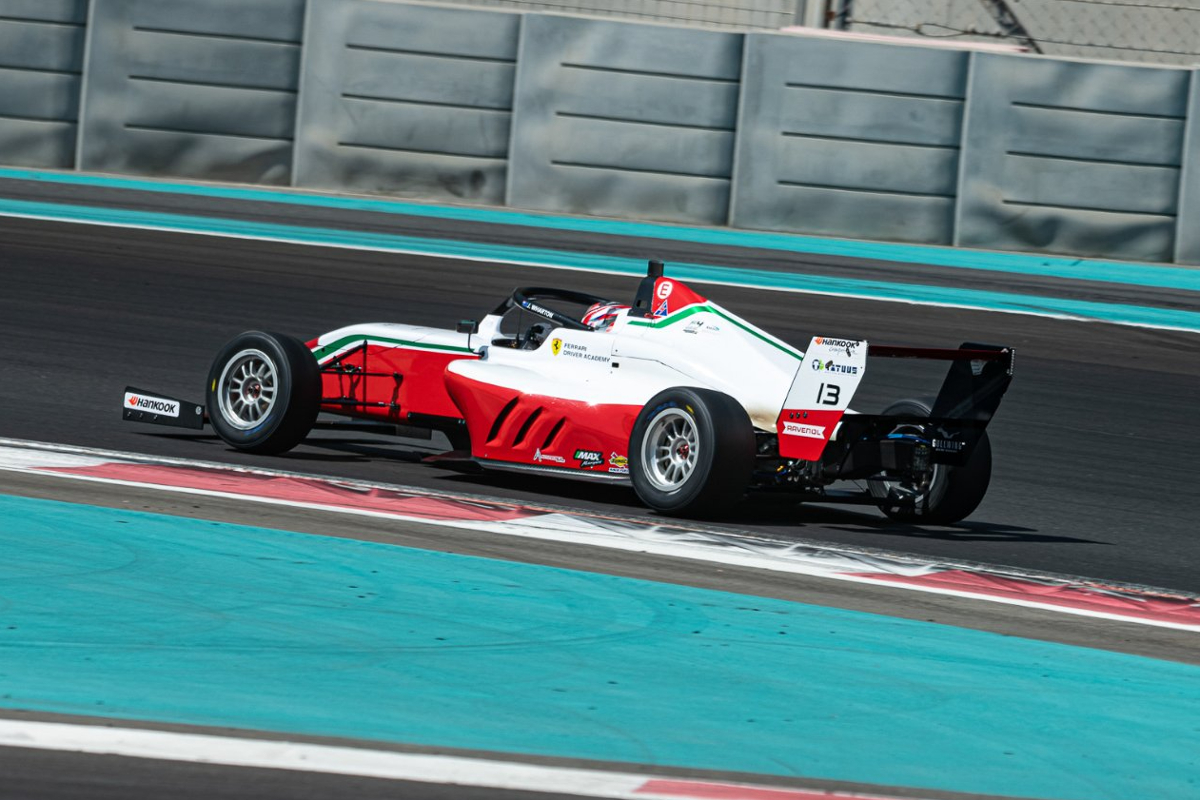 There was drama before the race even got underway, as Ricardo Escotto caused an aborted start after moving on the grid during the start sequence.

This earned him a drive-through penalty, while Jonas Ried picked up a five-second penalty for passing the control line after the start was called off.

The race became a 22-minute contest thereon, and reversed-grid polesitter Christian Ho had a shocker of an opening lap and dropped right down the field and pitting at the end of lap two.

This left 3Y Technology by R-ace GP’s Nikhil Bohra in the lead, and Wharton, who started eighth, began picking off the cars between him and Bohra.

With 15 minutes to go, Wharton got past Miron Pingasov for second and then carved considerably into Bohra’s lead.

It was just under a second just past the halfway point but, by the next lap, Wharton had got past and took a lead he wouldn’t relinquish to add a victory to the three he took in the first Dubai round.

Wharton’s team-mate Conrad Laursen climbed from seventh to take second, while Hitech GP’s Alex Dunne made a late move on Pingasov to round out the podium. Early leader Bohra eventually took fifth, ahead of PHM Racing’s Nikita Bedrin, who started at the very back.

Bedrin had climbed 12 places by the end of lap on, then overhauled the likes of new champion Charlie Wurz to finish in sixth, although he cut the track a few times in the process.

Suleiman Zanfari was seventh ahead of Wurz, while Tasanapol Inthrapuvasak and Taylor Barnard rounded out the top 10. Ried finished 13th on the road before his penalty.

Camara was involved in a three-car incident at turn five between himself, Ivan Domingues and Vladislav Ryabov while the trio battling outside of the points, ruining each of their races.

Robert De Haan also had issues and finished last, while Anshul Gandhi was eliminated by contact with Jef Machiels.