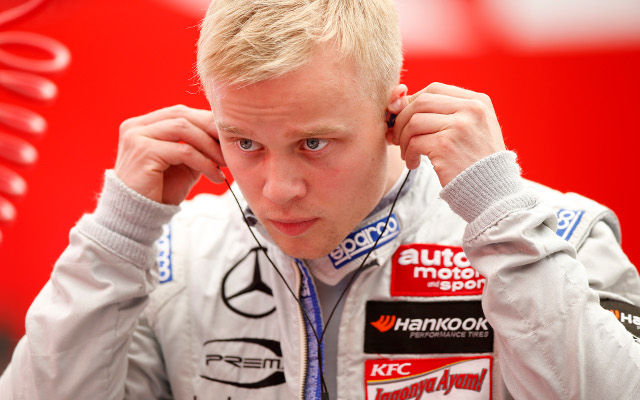 Charles Leclerc and Felix Rosenqvist led the way in the free practice sessions ahead of the seventh round of the FIA F3 European Championship at Zandvoort.

Lance Stroll was second, 0.073s adrift with the Motopark pairing of Markus Pommer and Nabil Jeffri going well to complete the top four.

In the second session, Rosenqvist – a two-time winner of the Zandvoort Masters event – became the only driver to dip below the 1m31s mark as he led Dennis by nearly three tenths of a second.

Giovinazzi was third ahead of Stroll and Leclerc.

Russell took sixth, while Julio Moreno was a surprise seventh for T-Sport. Alex Albon, Maini and Jensen completed the top 10.

In a change for this round, Macau Chang Wing Chung has taken over from Hong Wei Cao at Fortec for his first F3 appearance since his home event last November.

Also at Fortec, Li Zhi Cong has returned to action after missing the last four rounds. The pair propped up the timesheets in both practice sessions.