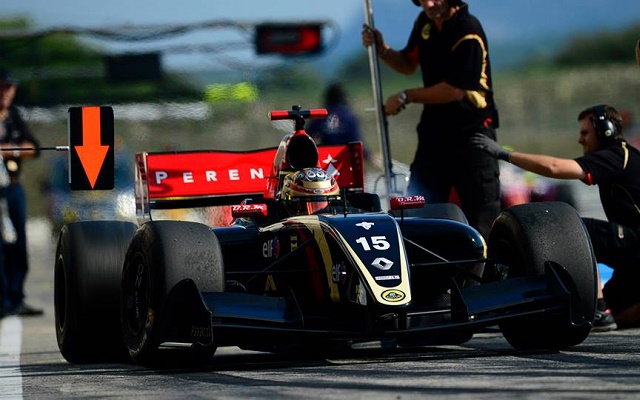 Marlon Stockinger will make his return to the Formula Renault 3.5 series at Spielberg.

The Filipino racer will replace Meindert van Buuren in the Lotus WSR squad, with the Dutchman going back to Pons in place of Philo Paz Patric Armand.

Stockinger will again partner Matthieu Vaxiviere, as he did 2014. That year marked Stockinger’s second campaign in FR3.5 and yielded ninth place overall and two podium finishes.

Van Buuren has been in contractual difficulties with the Lotus team, having been forced aside in the practice sessions at the last round in Hungary before returning to the races.

“I am very disappointed in this and want to give no further comment.”

He now returns to his 2014 team Pons, with Armand absent from Spielberg due to visa issues.

Currently 12th in the standings, van Buuren memorably took?the chequered flag in first place in the season opener at Aragon but was demoted to fifth for jumping the start.