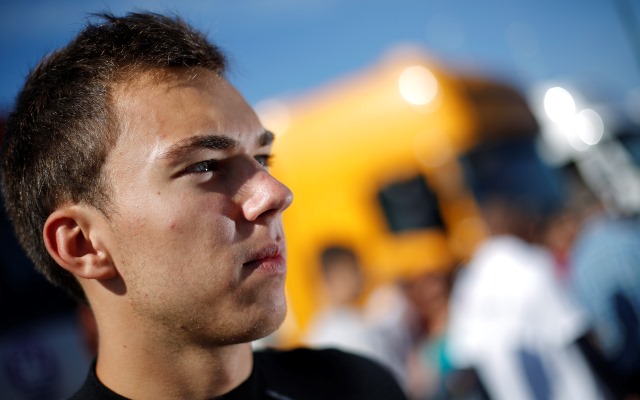 We profile Pierre Gasly, who lies just a point off the Eurocup Formula Renault 2.0 lead aged just 17 after victory in Hungary…

Only a few drivers remain in the junior categories from the great French generation that saw Romain Grosjean, Jules Bianchi, Jean-Eric Vergne and Charles Pic go to Formula One. However, new names are already gathering in the lower series. Among them, 17-year-old Pierre Gasly looks the most promising at this moment as he is close to becoming the first Eurocup Formula Renault champion from France since Eric Salignon’s triumph in 2002.

Pierre Gasly was born in Rouen in northern France in 1996. Gasly started his karting career in 2006, at the age of ten. After spending three years in the French championship, he stepped up to the international level and finished third in the CIK-FIA World Cup in his debut year. He took second in the European Championship and fourth in the World Cup in the following season, beating the likes of Jake Dennis and Esteban Ocon.

In 2011, Gasly switched to single-seaters and entered French F4, the championship where most French racers make their first steps in cars. Although results didn’t come immediately, the pace of the young Frenchman was impressive from the beginning. He qualified second in the season opener two times and kept his good qualifying form through the year with taking two pole positions in the last round at Paul Ricard. However, Gasly struggled to convert his good grid positions into good race results in the first half of the year, only to win four of the last six races with two other podiums. Gasly finished his debut season in third as he matched the pace of drivers four years older than he was. 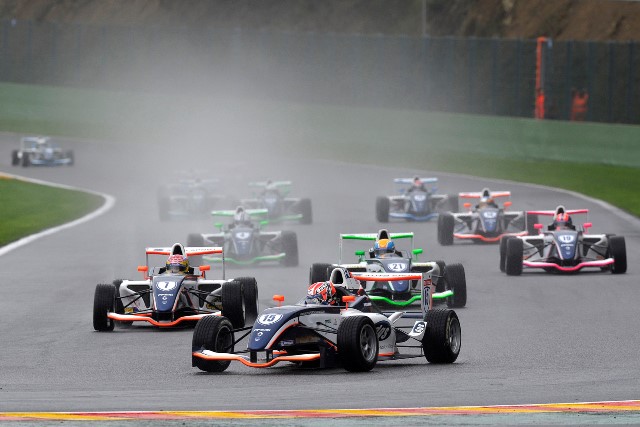 Gasly leads on the way to his first F4 victory at a soaking Spa (Photo: FFSA/DPPI)

The following year saw Gasly enter the highly-competitive Eurocup Formula Renault championship with R-Ace GP. Once again Gasly showed his raw talent right from the beginning, qualifying third in the first event at Aragon and taking pole position at Spa. However, his races contained lots of ups and downs during the year. He collected two podiums at the beginning of the season at Spa and Nurburgring respectively and finished in the top ten four other times throughout the year. Gasly finished tenth in the standings to be the third best rookie and youngest overall. Gasly also participated in three events of Formula Renault NEC, collecting one other podium place.

Gasly had spent 2012 under surveillance by the Red Bull Junior Team but he did not join the scheme for 2013. He was able to remain in the Eurocup, moving to one-time champion team Tech 1 Racing. He started his campaign in a decent shape taking third and ninth at Aragon. At Spa-Francorchamps, Gasly spent both of the races trying to pass the race leader, however, he had to settle with two second positions. Despite waiting to take his maiden win in the category, his consistent results put him into the lead of the standings.

In the first race at Moscow he was able to improve as he easily took his first victory from the pole position. It was also in Moscow when trouble really hit Gasly for the first time this year as he had to retire from race two, moreover he suffered a five-place grid penalty for unsafe return to the track. At the Red Bull Ring, Gasly secured another second place putting huge pressure on his main rival, Oliver Rowland, who had stolen the championship lead from him in Russia. Gasly controlled the first race in rainy Hungary to win once again but after an unlucky second qualifying he had to settle for fifth on Sunday. With two more weekends to go, Gasly is currently sitting second in the standings, one point behind Rowland.

Just like in 2012, Gasly also does a part-time campaign in a lower series – Formula Renault Alps this time. He is currently fifth despite taking part in only half of the events.

Talent rating: After finishing third in French F4 and tenth in Eurocup Formula Renault, 2013 was Gasly’s big year when he had to show if he’s really worth his money. Gasly’s speed is unquestionable as he has qualified in the top ten 45 times out of his 50 qualifying sessions so far. The one thing he lacked in the last two years was consistency – he is looking more like a perfect racer this season and stepped on the podium six times and retired only once. If he keeps these results coming, he can easily end up as the champion. 8/10

Chances of getting to F1: Gasly is currently one of the biggest talents around and potentially has a great chance to attract one of the junior programmes, which are essential to join the F1 field nowadays. Without gaining such support, it’s not clear that he’s got the budget to ascend the ladder all the way to the top. Given his young age, he’s still got plenty of time to make a name for himself, and by winning the Eurocup Formula Renault he could follow in the footsteps of Robin Frijns and Stoffel Vandoorne and join Formula Renault 3.5 next year. 7/10 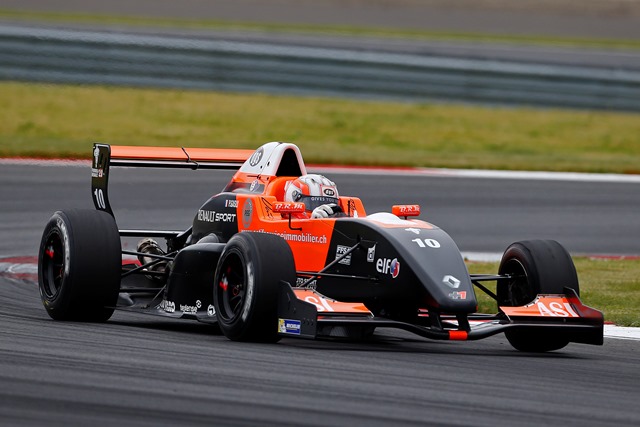