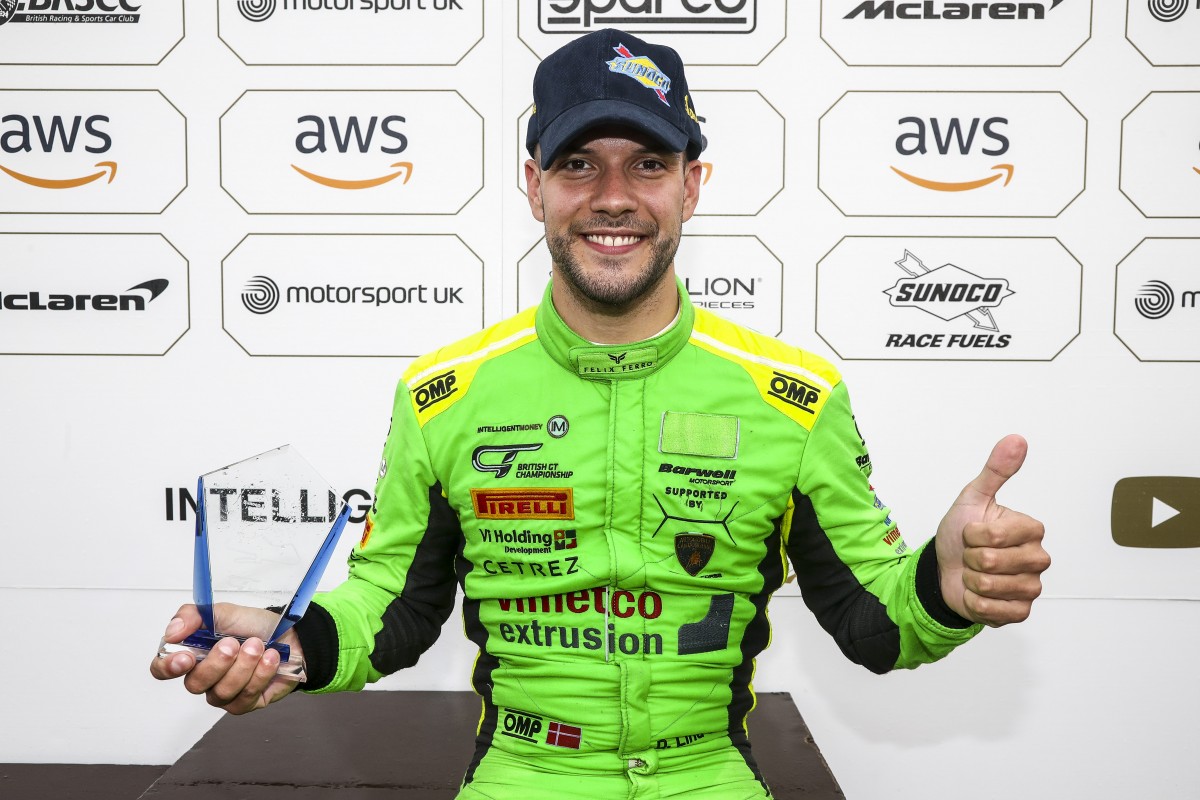 Low Dempsey Racing has landed a big signing for the Formula Ford Festival, attracting newly crowned British GT champion Dennis Lind to one of its seats.

The 28-year-old Dane is actually no stranger to the Brands Hatch event, having won it in 2010 for Fluid Motorsport. In the two years before that he had been FFord North European Zone and then Danish FFord champion.

His single-seater career only went as far as ADAC Formel Masters, although he did make a cameo in German Formula 3, before he switched to stock cars and became the Danish Thundersport champion in 2013.

Lind then made a surprise return to single-seaters by representing Sweden and Venezuela in the short-lived Formula Acceleration 1 series in 2014, but the focus was continuing his successful stock car career in northern Europe.

That all changed in 2016, when he found a spot on the Lamborghini Super Trofeo Europe grid with Raton Racing and ended up winning the title as well as the end-of-year World Final.

Together they moved up to the GT World Challenge Europe Endurance Cup for 2017 on a part-time basis, then Lind was made an official Lamborghini junior driver for 2018.

That resulted in him heading to GT WC Asia, which he won, as well as a sharing a car to fourth in Super Trofeo Europe’s Pro-Am standings and ressurrecting his stock car career in victorious style back home in Denmark.

The combination of those impressive performances, which also included third place in the Super Trofeo World Final, led to Lamborghini making Lind the first driver to be promoted from junior to factory driver status.

He was placed with several of the brand’s customer teams through 2019, winning his class in the Barcelona 24 Hours, coming fifth in GTWCE Endurance as well as Super Trofeo North America’s Pro-Am class, and ninth in British GT.

The results didn’t match in 2020 though, with one podium en route to ninth in GTWCE Endurance, and he was dropped by Lamborghini ahead of this year.

After almost considering quitting racing, Lind actually managed to secure several programmes for 2021. His British GT one with Barwell Motorsport resulted in title success alongside Leo Machitski, he appeared in GTWC America with another Lamborghini team, then legendary Audi customer WRT signed him for the Spa 24 Hours and he finished fourth.

He will also be one of at least four returning winners, along with Team Dolan’s Niall Murray (winner in 2013 and ’16), Don Hardman Racing’s Joey Foster (2003 and ’17 winner) and Snetterton Speed Shop’s Roberto Moreno (winner in 1980).