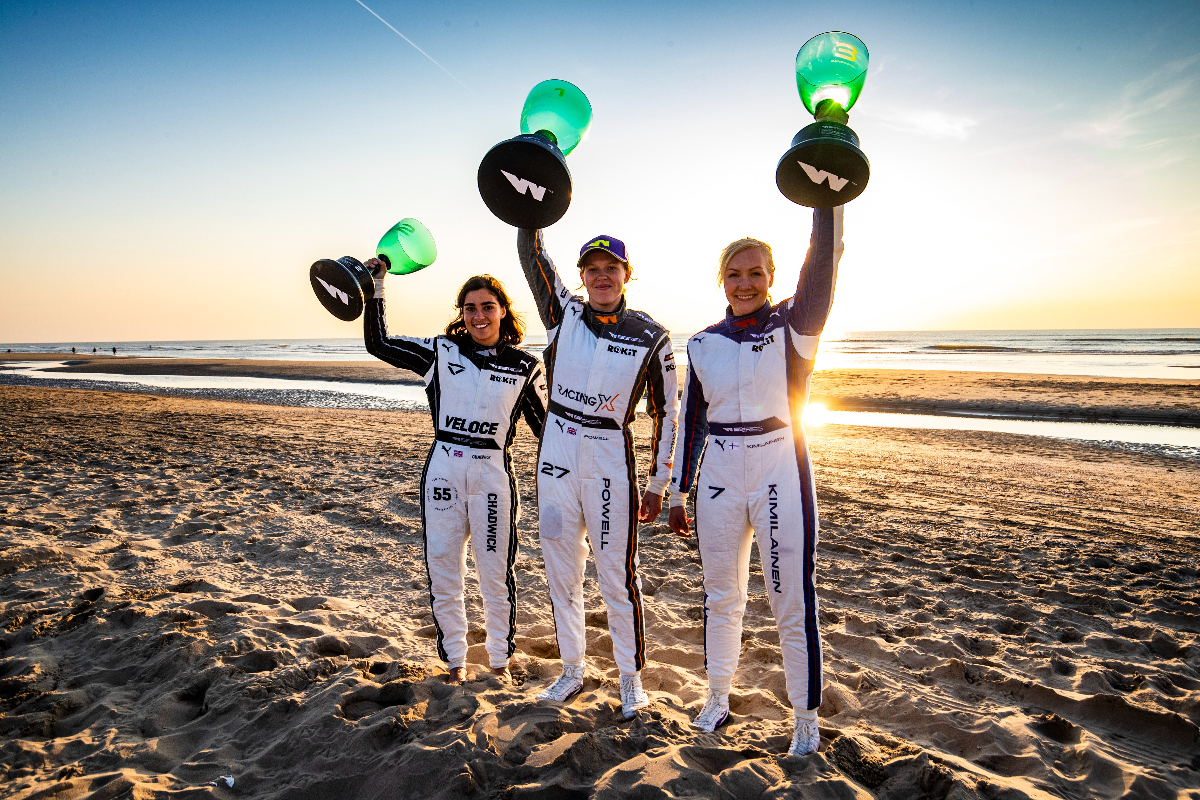 W Series’ second season is approaching its conclusion, and the way that the season has played out is very different to 2019. Craig Woollard explains how the title could go either way at Circuit of the Americas

Six races in the books, and two to run at Circuit of the Americas this weekend, W Series’ long-awaited second season is set to culminate in a thrilling scrap between two of its best-known drivers, with another just about in contention who could spring a late surprise.

Alice Powell and Jamie Chadwick have both won single-seater titles before, and head into the penultimate round of this season level on points. Chadwick, the reigning champion, is hardly a surprising name to have featuring at the top, and likewise with Powell – who could have played more of a role in the first season if not for a spectacular incident at Misano.

Powell took the season opener in Austria, while Chadwick initially struggled but claimed critical points with a strong fightback after a collision with Jessica Hawkins. Roles were somewhat reversed in the next race at the same venue, with Chadwick dominating and Powell struggling this time as W Series changed their chassis.

Powell then triumphed at home at Silverstone with Chadwick third, while Chadwick bounced back at the Hungaroring ahead of Powell. And then came the rain at Spa-Francorchamps.

No title contender was affected by the six-car pile-up at Raidillon in qualifying, but Emma Kimilainen was absolutely outstanding in the treacherous conditions to take total control of that race, springing her into the title fight. Chadwick was a distant second, while Powell lost a podium late on.

Powell then took a crucial win at Zandvoort, but polesitter Kimilainen slipped back after set-up woes, leading to the situation now with the British duo level on 109 points, Kimilainen 34 points back, and with 50 on the table at COTA. 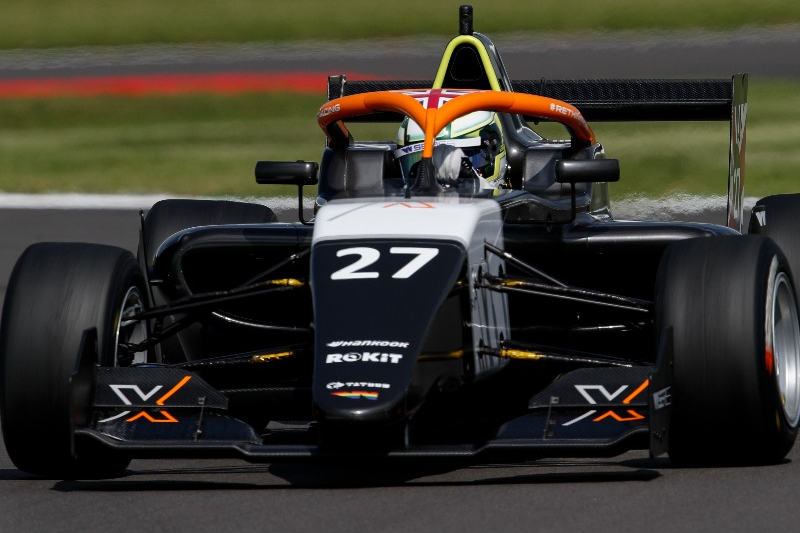 “It’s getting to crunch time,” Powell said post-race after Zandvoort, sat alongside her title rivals. “Heading towards the end of the season, so getting as many points as possible is going to be key.

“I think it’s going to be super close [between myself and Jamie], especially when you’re tied on points. Obviously, I know how quick Jamie is, she’s showed that all through 2019 and any series that she’s driven in.

“We know that it’s going to be a tight fight to the end. We’re going to be heading to tracks I certainly haven’t been to, and I doubt Jamie has as well. Going to be an interesting fight across the seas but definitely one that I’m looking forward to.”

Chadwick too was excited at Zandvoort at the prospect of going toe-to-toe with a fellow Briton for title honours:

“Really excited by it! First of all, it’s cool to see that it’s two Brits at the top, I think definitely shows the quality of the British talent in W Series…

“I’ve got Emma looking at me with the eyes at the moment!

“It’s great, it makes for an exciting end to the season. And because we’re so close, we can both go full attack for the last two races.

“It’s cool to have this much competition. Alice getting the win today really does put the momentum with us two, but I think from my side it’s good to be going into the last two races with an attacking mindset, rather than maybe the defensive mindset that I’ve had before. I think it’s a cool end to the season for us both being so close.”

Chadwick added that her approach isn’t going to change because she finds herself behind on countback, meaning Powell currently would claim the crown if they stay level on points as she has one more race win. 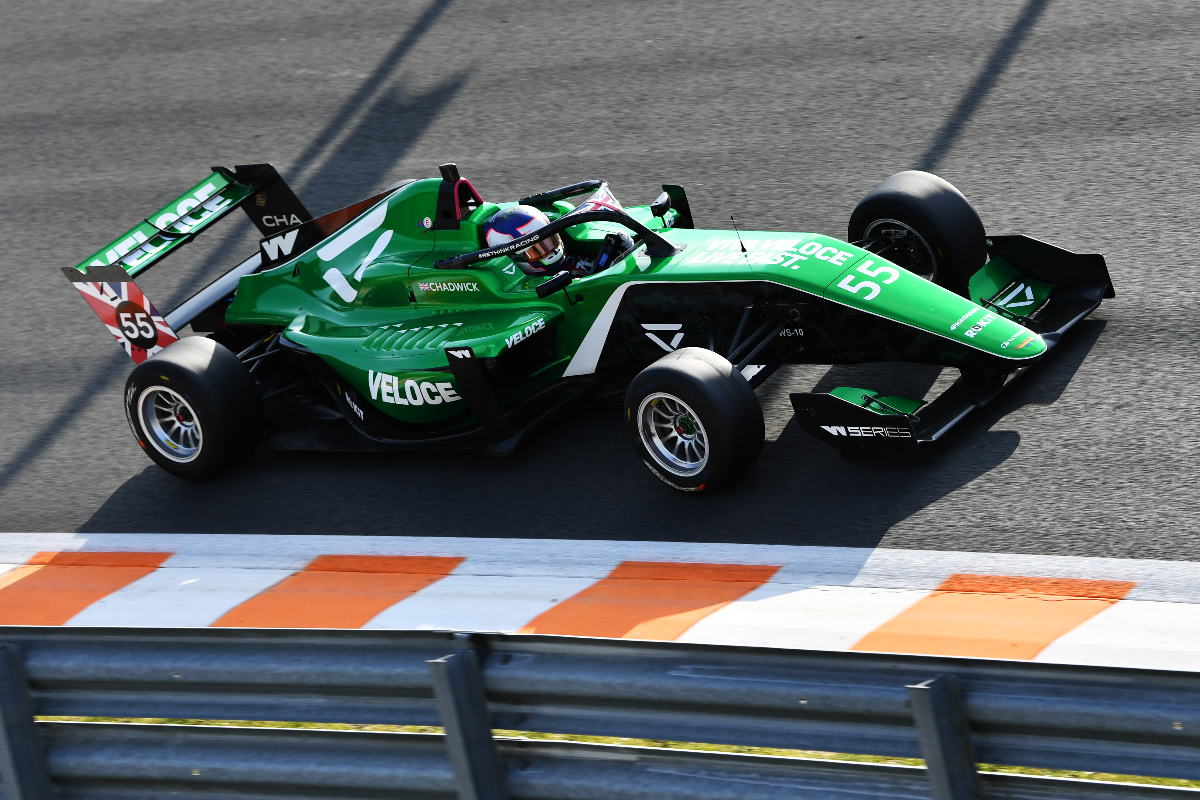 “I think realistically unless either of us has a DNF or doesn’t score points at the next one, it’s going to go down to the wire and you’re going to have to outscore one another regardless.”

There aren’t many parallels Chadwick can draw to her 2019 title. Old rival Beitske Visser is out of the frame after a very tough season, and the points lead has changed hands regularly between herself and Powell.

“I don’t know if I did enjoy chasing today [on track],” she said. “It doesn’t make a difference, [in 2019] we had the championship lead throughout the whole season, and I always felt in control of it, even at Brands Hatch despite it being a tough weekend.

“The points were really in my favour going into the weekend. This year, it’s been very, very different from the offset. Basically, we’ve switched championship leader every weekend apart from the last one [Spa], so it’s a very different nature but I don’t think it changes the approach or the main goal.”

Formula Scout asked Chadwick to expand on this, and to draw comparisons to her 2019 fight with Visser.

“I’ve had championships previous where I’ve not led until the last few races, and I don’t think I can say the approach changes.

“It’s just exciting to have this much competition in W Series, and to be heading into the final round being this closely-fought.”

Title outsider Kimilainen can’t be ruled out yet. Should both Chadwick and Powell hit trouble in the final two races, then there’s every chance the oldest driver on the grid could emerge with an unlikely title despite a rough start to the season again. 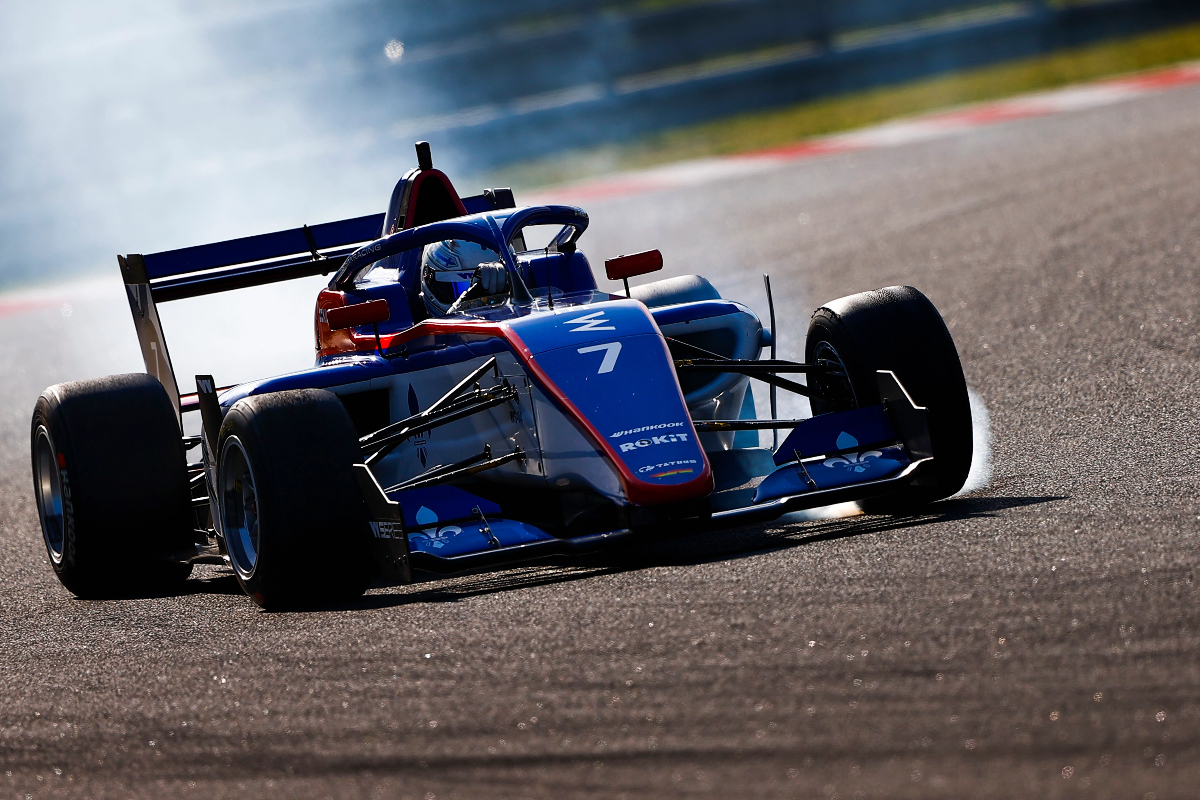 “It’s not about the momentum or anything like that,” Kimilainen said when asked about if the long break before the final round is good for her or not after podiums at Spa and Zandvoort.

“It’s not going to make a big difference, at least for me and for Alice or Jamie either, that we have a little break, so I think that we’re all going to be on the pace straight away when we go there.”

Formula Scout then asked her what it will take for her to be champion, if she felt that she was still realistically in the hunt.

“It will probably also take some sort of bad luck for both of those who are sitting beside me, which I don’t obviously wish for anyone. I can just drive as good as I can and hopefully the points in the end will be enough. If it won’t, then it won’t, and it is what it is.”

It is unclear which way the title will go, and what the future holds for the champion. But if Powell is able to keep up the winning form, then Chadwick may have to rely on more than just podium finishes to come out on top. Not being a betting person, so not laying any money on it, the favourite right now perhaps is Powell.

She’s been here and done that before, taking a brace of Formula Renault 2.0 titles. But that was earlier in her career, and W Series’ format is very different, as the championship leader explained: 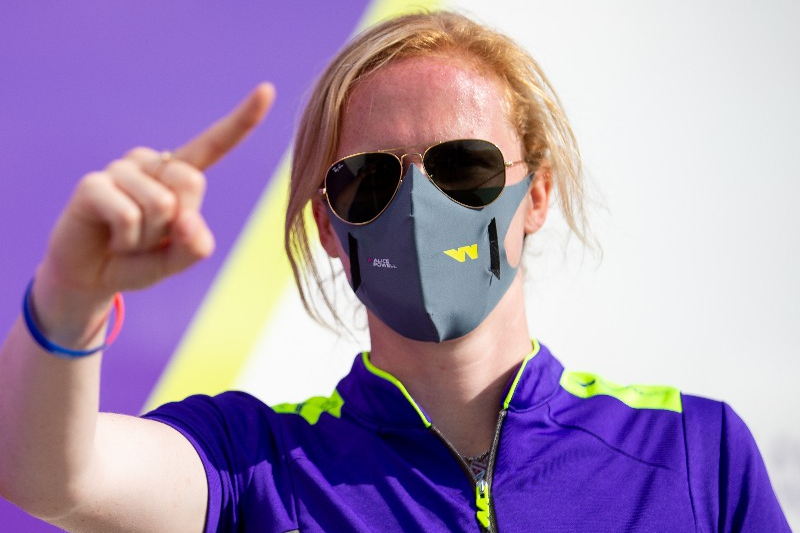 “There are fewer races on a weekend. When I’ve been in the title fights before in FR2.0, we’ve had more races on a weekend, so if you didn’t have a great first race, you’d be able to try to redeem yourself or try and change that in the next race.

“But obviously we’ve only got two races left to go, so that’s not many at all. It’s seriously crunch time, that’s the only difference. I’m not going to treat it any different to any other title fight. I’ve won championships before, so I know what it’s all about and how focused your mindset needs to be.

“I’m certainly looking forward to it.”

What to look out for this weekend

It’s not just the title fight that’s going to make the final round stand out, as there also several changes to the usual order.

First of all is of course the two-race format. There is only one qualifying session this weekend, with each driver’s fastest laptime setting their grid position for Saturday’s race and their second-best laptimes from qualifying being used to establish the grid for Sunday’s season-ending race. Both races will be the standard 30 minutes plus one lap.

On the grid, there’s also a change to the line-up as Irina Sidorkova’s visa troubles meant she has been unable to make it to the United States and has been replaced by Australian racer Caitlin Wood.

The 24-year-old came 13th in the inaugural W Series season, and raced in the series earlier this year at the Hungaroring and Spa. She picked up a fifth place at Spa that currently puts her 15th in the standings, ahead of fellow part-timer and Powell protege Abbi Pulling who will also be racing at COTA.