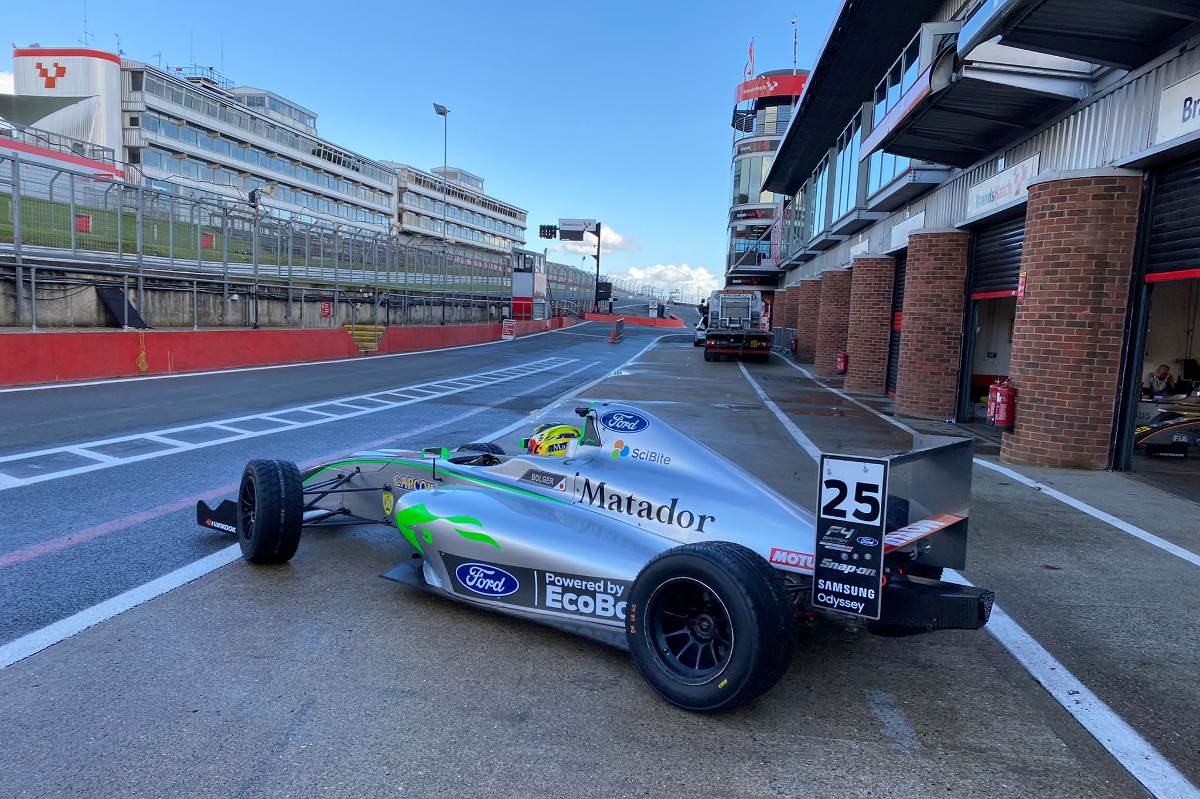 JHR Developments’ Matthew Rees was fastest in the pre-event test for the British Formula 4 season finale at Brands Hatch, where Dougie Bolger will be a new team-mate.

Bolger has spent the first nine rounds of the season with Carlin, and currently sits 15th in the standings with one win during his rookie campaign.

He was fifth fastest test day, split into a morning and an afternoon session on the circuit’s Indy layout, and was one of five JHR-run cars as South Korean Michael Shin was also in action with the team.

“Carlin have been very supportive this season and I’m grateful for their guidance in my first F4 season.

“As I consider my options for 2022, competing in the final event this year with JHR offers a new challenge and an opportunity to showcase my potential.”

While Rees was on top for a lot of the morning session, there were no truly representative laptimes set in the first two hours of running as Rees led the way with a 54.346s, ultimately six seconds slower than what the day’s fastest would be.

Approaching the halfway point of the four-hour session there was an improvement in pace, but only by a second as Carlin’s James Hedley went fastest with a 53.487s and the 54s barrier was also broken by Argenti Motorsport’s Aiden Neate and Bolger.

Kai Askey then set a 52.750s before heading straight to the pits, but in the next hour the drivers who did go out on track went considerably faster and JHR’s McKenzy Cresswell sat on top with a 47.067s with an hour to go.

But then the action died down again and there were no improvements, meaning Cresswell was the fastest driver of the morning ahead of team-mates Loake, Rees and Bolger.

Rees improved on Cresswell’s benchmark by almost three quarters of a second in the afternoon, although he too improved and 0.125s seperated them at the end of the day. Less than a tenth of a second split Cresswell from Loake and Arden’s Georgi Dimitrov in third and fourth, and Bolger was just over a quarter of a second back in fifth.

There was an additional car run by Argenti for factory Parolin karter Valerio Rinicella who is part of the Top Gun by Pro Racing project launched by Giancarlo Fisichella and has also tested in Spanish F4.