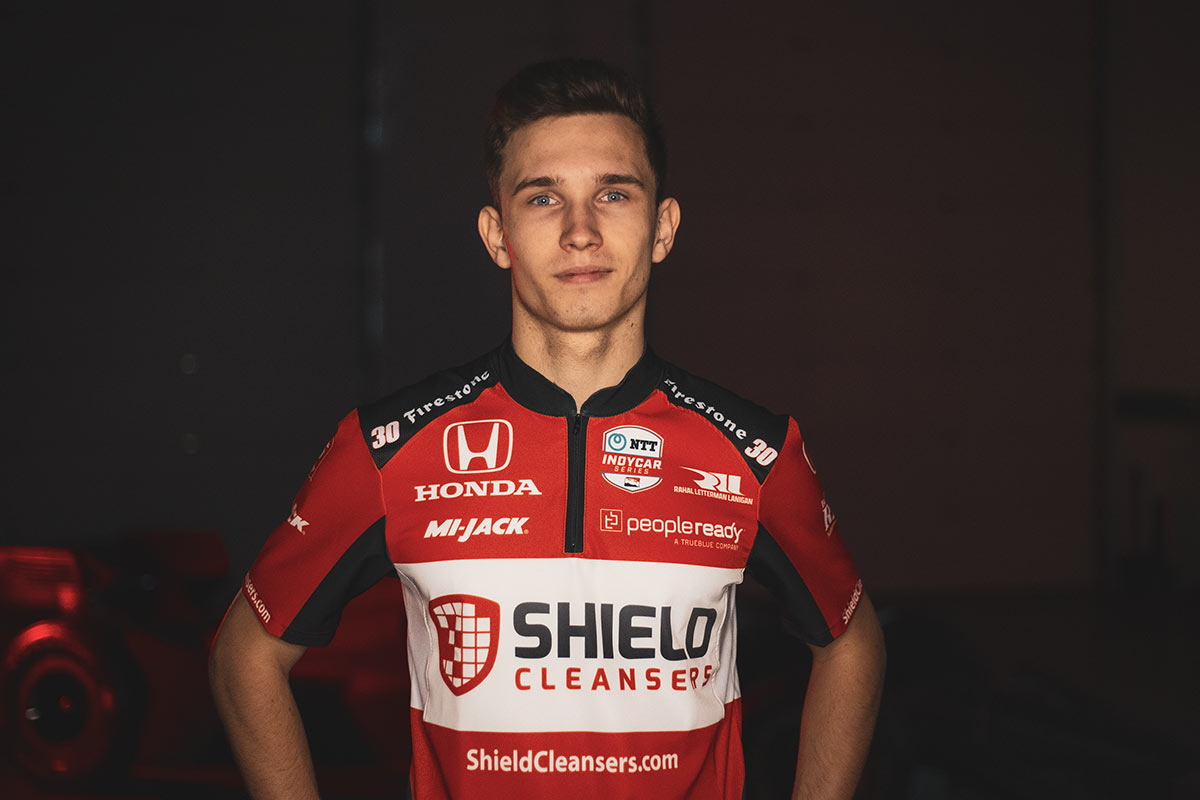 The Formula 2 race-winner takes the place of two-time Indianapolis 500 winner Takuma Sato in the team’s line-up for 2022, and will remain in the seat for an unspecified number of seasons after that.

Earlier this year Lundgaard joined RLLR to make his series debut at at Indianapolis Motor Speedway’s road course. He qualified fourth, after a single test day in the 2021-spec version of the Dallara DW12 car, and finished a highly respectable 12th.

“They are a fantastic team who made me feel very welcome earlier this year when I made my debut in the series. They are the perfect choice and I’m happy to join them on this next chapter in my career.

“I was very much open-minded when I raced at Indianapolis in August and the experience then only grew my hunger to give it another go, so to have the opportunity as a full-time professional racing driver is a privilege. I can only thank Bobby, Piers and the team, as well as my investors and Alpine for putting it all together.”

Lundgaard has been part of the Alpine, nee Renault, young driver programme since he first stepped into single-seaters into 2017.

He won the North European Zone and Spanish Formula 4 titles in his maiden season of car racing, then was Formula Renault Eurocup runner-up a year later.

After that he joined ART Grand Prix for the step up into the FIA Formula 3 Championship, finishing sixth in his single season there, and then to F2 where he won twice on the way to seventh in the points in his rookie season and currently lies 11th in the standings with two rounds of the 2021 season left to go.

“I’m determined to repay that faith with on-track performances beginning when the [IndyCar] season starts in February,” Lundgaard added.

“Of course, this will be a completely new challenge for me, especially with oval racing, which I’ve never done before. I’d like to think I’m a fast learner, so taking this on is going to be an awesome experience. For now, I’m not setting too many expectations other than working hard and enjoying the racing and hopefully the results will follow.”

RLLR’s co-owner Bobby Rahal said: “I’m very pleased that Christian will be joining us for the next several years. His performance on the road course at IMS certainly surprised everybody. For him to do the job he did was tremendous and certainly beyond our expectations.

“With a little more time under his belt, I think the performance would have been even stronger. Everyone within the team was very pleased and it created a lot of excitement and positive reactions from the fans on social media and online as well as a positive buzz in the paddock.”

When Webber ruled the world: 25 years since the 1996 FFord Festival