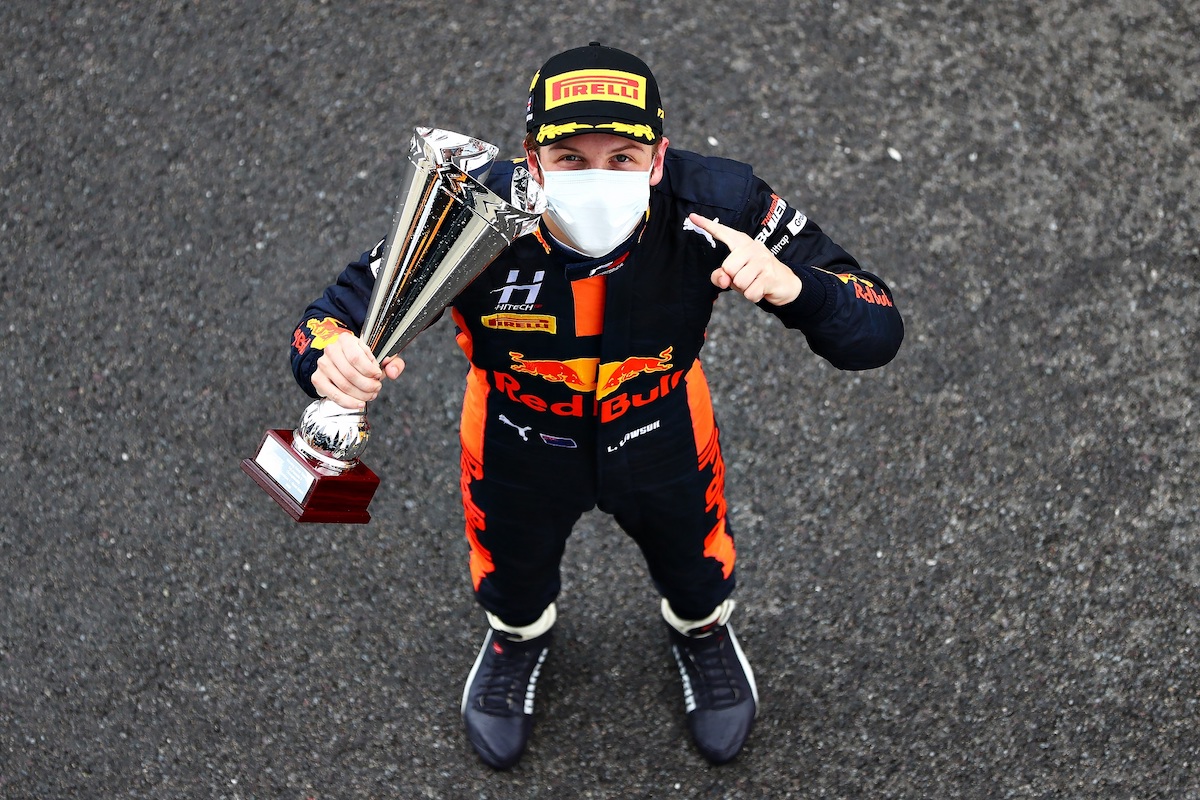 Liam Lawson ended a run of retirements in FIA Formula 3 Championship to take his second series win in the first race at Silverstone.

The Hitech GP driver snatched the race lead on the opening lap, with a strong move around the outside of poleman Logan Sargeant at Stowe.

He made quick work of extending the gap to the Prema driver as Sargeant battled points-leading team-mate Oscar Piastri, and had a gap of just over a second by the time Piastri managed to get into second place.

Piastri quickly closed in on Lawson. The pair ran side-by-side for multiple corners before Lawson was able to edge his car back ahead of Piastri.

As Sargeant joined the battle for the lead, a crash between HWA Racelab’s Jack Doohan and MP Motorsport’s Bent Viscaal brought out the safety car.

Lawson made a good restart when racing resumed but was growing concerned about tyre degradation.

Piastri was just putting pressure on the leader late on when a multi-car collision brought out the safety car again.

Trident’s Olli Caldwell was tapped from behind in a midfield battle and spin at Club. A few drivers managed to avoid his car, but MP’s Lukas Dunner and Hitech’s Max Fewtrell were unable to and all three had their races ended.

Debris was strewn across the start of the start-finish straight, and racing did not resume in the final laps.

Drivers were ordered to enter the pitlane at the end of the final lap, with Lawson getting the message late and taking out the pit entry bollard.

Piastri finished second ahead of Sargeant and HWA’s Jake Hughes, who managed to find a way past Frederik Vesti after a strong defence from the Prema driver.

Alexander Smolyar held onto the final points position after a race-long battle with MP’s Richard Verschoor and Trident’s Lirim Zendelli. He starts from reversed grid pole for race two.