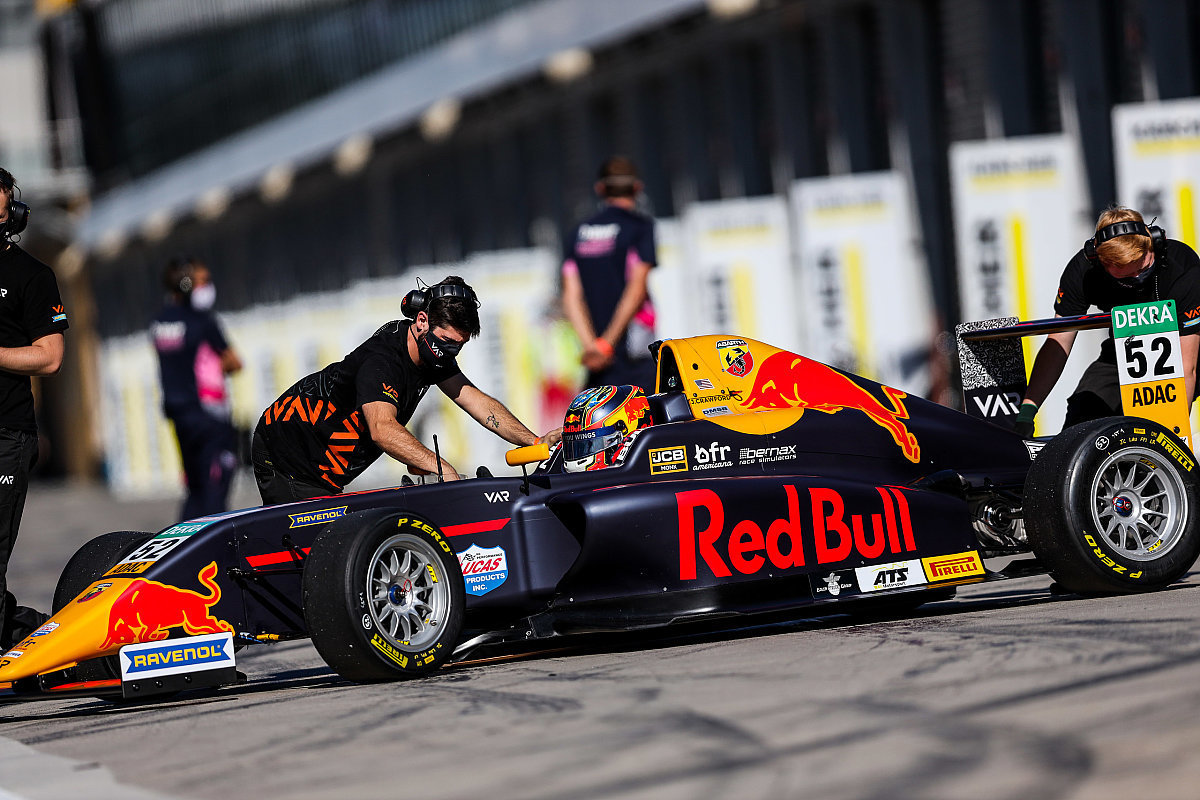 Red Bull junior Jak Crawford topped the times in free practice for the opening round of the ADAC Formula 4 season.

Crawford was fastest in the Friday afternoon session, setting a 1m22.331s lap at the Lausitzring.

The Van Amersfoort Racing driver swapped fastest times with R-ace GP’s Victor Bernier and Mucke Motorsport’s Joshua Duerksen, but neither could match his pace by the end of the session.

Bernier ended up 0.351s behind, with Durksen a further 0.013s back. Oliver Bearman, currently only confirmed for the Lausitzring round, was fourth quickest for US Racing in what will be his debut weekend in single-seaters.

Crawford only managed a handful of laps in the second session on Saturday morning, but none of the 11 drivers improved on their FP1 laptimes, leaving him top of the charts ahead of qualifying.

His team-mate and fellow Red Bull junior Johnny Edgar was fastest in FP2. The only driver to set a time sub 1m23s, he finished the morning 0.6s slower than Crawford’s FP1 time and 0.06s slower than his own time in the first session.

US Racing’s karting graduate Tim Tramnitz was quick early in FP2 but couldn’t match the pace of the rest of the field and couldn’t match his own FP1 time. He ends practice eighth quickest overall.