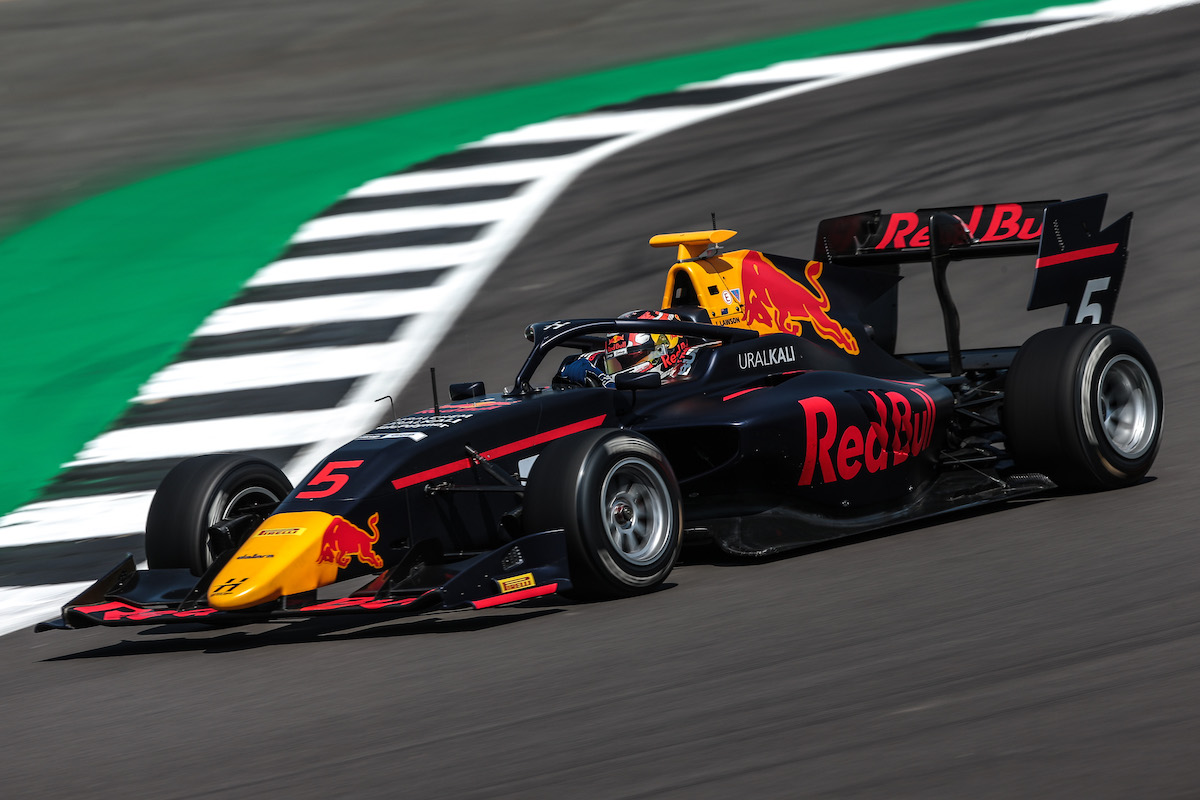 Liam Lawson celebrated his front row start for the first FIA Formula 3 Championship race at Silverstone as proof the work he and his Hitech GP team are doing is ‘paying off’.

The sophomore racer has had a “very difficult” start to his 2020 season, which has included one win but three successive retirements including a collision while fighting for the win at the Red Bull Ring.

His qualifying results have also been worse than expected, having started 12th, 10th and 11th on the grid in the three rounds prior to Silverstone. At the British track, which is the second longest on the calendar, he was just 0.058 seconds off pole.

“I knew I hadn’t [done enough for pole today], to be honest,” Lawson admitted.

“But I knew [I didn’t have pole], I made a small mistake at the end of the lap, in the last complex, and lost quite a bit of time. So had that not have happened… but everybody can always say they can go faster. I’m still happy with the result.”

Silverstone is a home event for Hitech, which is based just outside of the circuit and won both F3 races at the British Grand Prix in 2019.

“It’s obviously good [to be back up front], and we have had a very, very difficult [period] – especially the last round was horrible for us.

“We had good pace, just really unlucky circumstances. But like I said before, we’ve done a lot of work, because qualifying hasn’t been strong anyway this year – obviously we struggled at the Red Bull Ring as well. It’s definitely something we have focused on, and it is nice to qualify well so hopefully we can starting turning it into some good points because it’s what we need right now.”

Qualifying took place on the hottest day of the year so far in Britain, and temperatures are expected to be cooler for the first race on Saturday morning, but the drivers are still expecting tyre management to be key.

“It will be a lot different [to qualifying],” Lawson said. “I think it’s going to be a lot of degradation tomorrow, and that train effect that we had at Red Bull Ring – obviously there’s some long straights here and DRS is huge in these cars. So I’m expecting it to be pretty close.”

Points leader Oscar Piastri and his Prema team-mate Logan Sargeant, who qualified third and first respectively, shared Lawson’s remarks about the expectations of increased tyre degradation and the ‘train effect’ that describes a lack of overtaking due to a line of cars all using the Drag Reduction System overtaking aid.