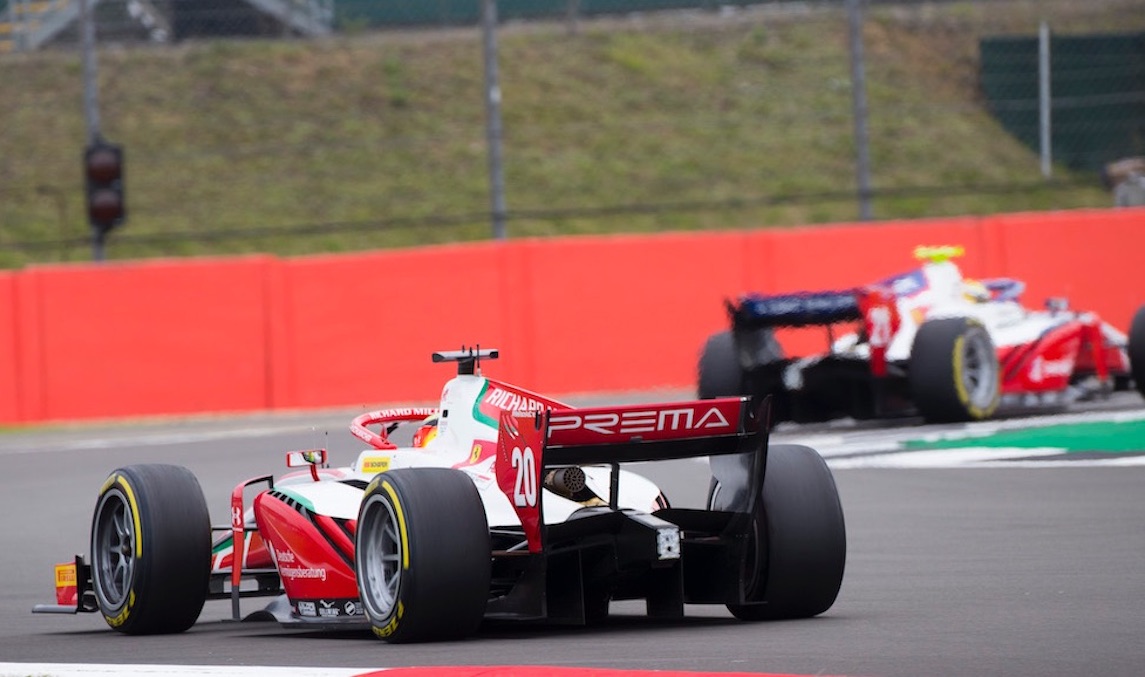 Prema drivers Mick Schumacher and Robert Shwartzman had contrasting opinions after ending up at different ends of the timesheets in Formula 2 qualifying at Silverstone.

Shwartzman is the championship leader coming into this round off the back of a brace of feature race wins at the Red Bull Ring and Hungaroring.

However, he could only manage 18th on the grid for tomorrows race and was put under investigation for an incident with Sean Gelael during qualifying.

Schumacher, however, achieved his best qualifying result of the season with third despite having an on-track moment with Trident’s Roy Nissany that was also put under investigation.

The two drivers also discussed differing emotions regarding the direction of the car throughout the session.

“It’s been a disappointing day, to be honest,” Shwartzman said. “Traffic was the biggest issue for sure, but there is a lot we have to improve. We didn’t have the best timing going out of the pits and, in general, a lot of things did not click.

“When the lap times are so close, these issues can cost you a lot of positions. We have to improve and keep focused. We know that if we work well, we can fight back.”

Schumacher meanwhile spoke positively about his session, including his moment with Nissany.

“Unfortunately we went a bit out of sequence in the first run which basically left me to do my push laps when everyone was on their cool down,” he explained in the post-qualifying press conference.

“Getting into the final sector, it’s quite difficult to see what’s happening behind you with the mirrors and the rear wing. I was just trying to get a better position on track but in fact I was pushing. It happens. It’s a bit difficult sometimes to find the right position to do the lap but nevertheless we did a good job in the second run so I’m happy about that.

“Not having driven 100 percent in the first stint does put me into a difficult position going into the second stint because I don’t 100 percent know where are the limits, where are my references. So I had to try and pull out of a magic hat to try and put everything together. It felt like a good lap, but nevertheless I think the guys next to me did a better job.

“I think we have to analyse what happened for [Robert]. Obviously he is my team-mate so we are in the same car, and it is good for me to understand what happened, to analyse it for myself so we can learn out of it.”

Stewards issued a reprimand to Prema for not warning Shwartzman of the approaching Gelael, and to both Schumacher and Nissany for impeding each other.