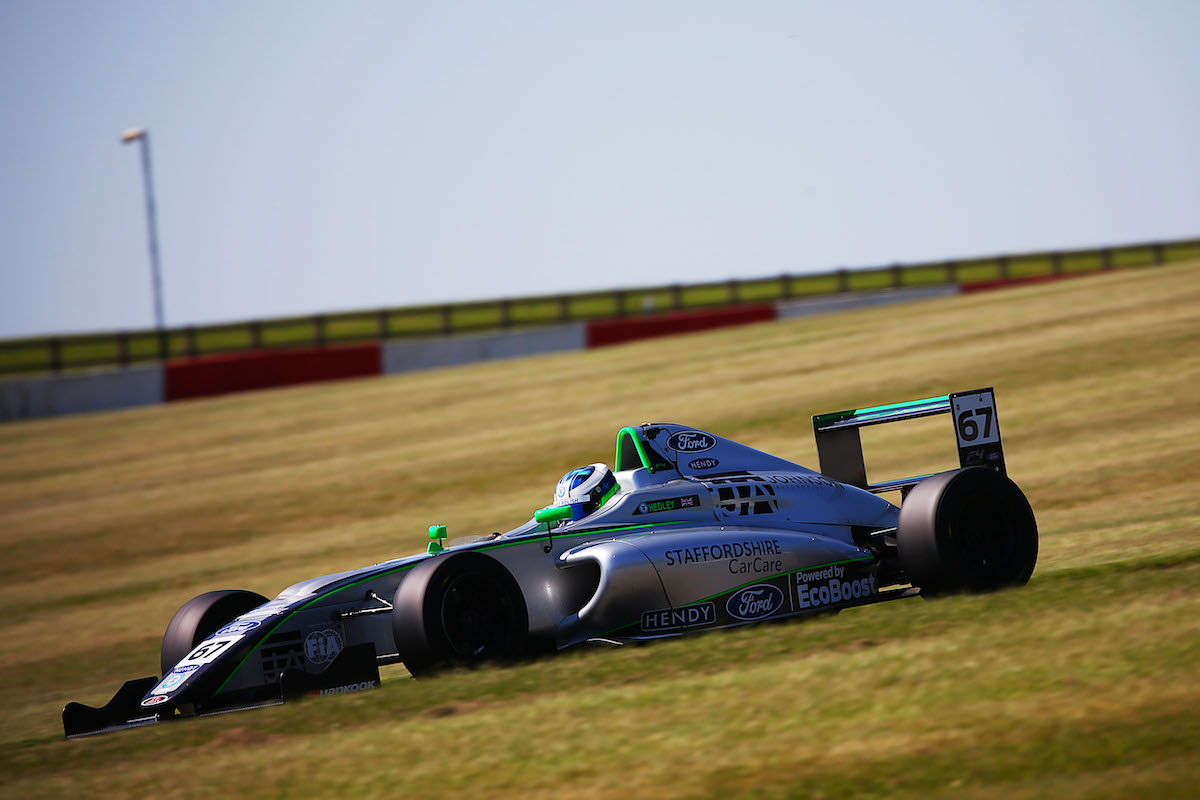 James Hedley kicked off his championship challenge with pole position for the opening British Formula 4 race of the season at Donington Park.

The top three drivers were all separated by less than a tenth of a second, with the gap between Hedley and Faria just 0.085 seconds.

Faria claimed pole for race three based on second-fastest times, edging Hedley by 0.012s and Browning by 0.042s.

Zak O’Sullivan was the best-placed Carlin driver. Despite setting the pace early in the session he dropped back to fourth by the chequered flag finishing just ahead of Arden’s Alex Connor, who was also briefly in provisional pole position before being shuffled down the order.

Bilinski was one of a number of drivers who had lap times disallowed for exceeding track limits, but was able to improve again to put himself inside the top 10.

Christian Mansell was the best placed rookie in the field, qualifying ninth ahead of team-mate Matias Zagazeta.

Stevenson lines up sixth for race three in front of Pulling, Zagazeta, Mansell and Bilinski.