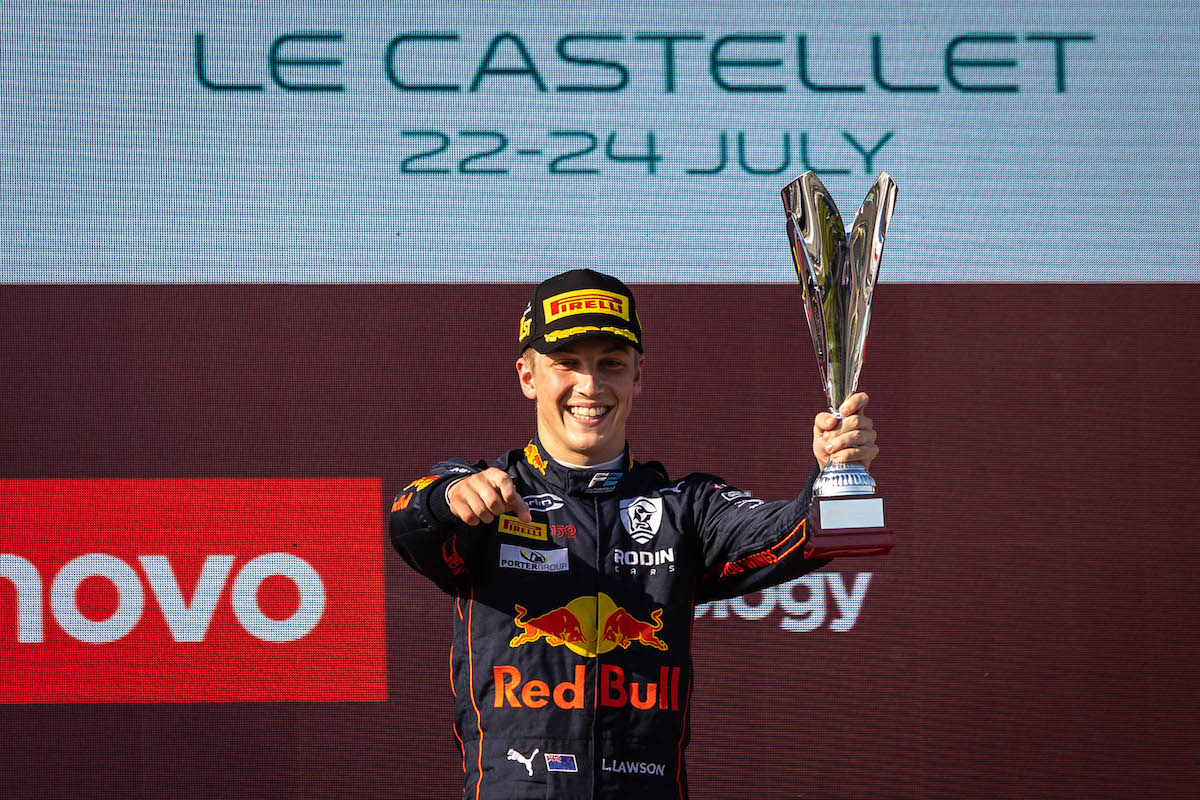 Liam Lawson has set his sights on moving forwards into the top five in the Formula 2 feature race at Paul Ricard after claiming a convincing victory in Saturday’s sprint race.

The Carlin driver dropped from second to third place at the start of the race but was soon back ahead of Hitech GP’s Marcus Armstrong, making good use of his very strong pace.

After a mid-race safety car, Lawson closed the gap on Jehan Daruvala, taking the the lead of the race with five laps to go and eventually winning by an over three-second gap.

Following the race, the New Zealander was confident that he can move forward and achieve a good result on Sunday’s feature race despite starting from ninth on the grid.

“First things first, I need to sort my starts, and if I can get a good start, you start to ease this opportunity that you have the whole race to make up positions,” Lawson said. “If you have a perfect start, you can easily jump an entire row if not more. So, the goal tomorrow is trying to get a good start. If we can move forward in the first lap, that’s the target.

“We showed today that overtaking is possible for us. So, if the speed is there again, which I believe [will be], we can potentially make some moves during the race.

“Obviously, we have the strategy as well, and with Formula 2 it’s all to play for all the time with the way the pit-stops work and different strategies and safety cars and things like that. So, first things first, I need to get a good start, move forward as much as I can, and I’ll be driving flat-out and moving forward as much as I can.

After emphasising the importance of having a good start, Lawson also explained the reasons behind the slow getaway that put him back in third place and fighting MP Motorsport’s Felipe Drugovich out of turn one.

“The way we had set the clutch bite point was not quite right, and I probably could have done a better job as well on throttle.” He also added that “we’re obviously on the hards [tyre] as primes this weekend. It’s obviously the lowest grip tyre that we have, so I think that also makes it quite difficult.”

Tyre degradation wasn’t a concern in the sprint race despite the high track temperatures. However, Lawson thinks it could be different during the feature race.

“I think it’s more balance-related as the race goes on. You know more or less what you are struggling with. But from my side, the degradation was fine. But I think tomorrow could be a different story, especially with softs.”