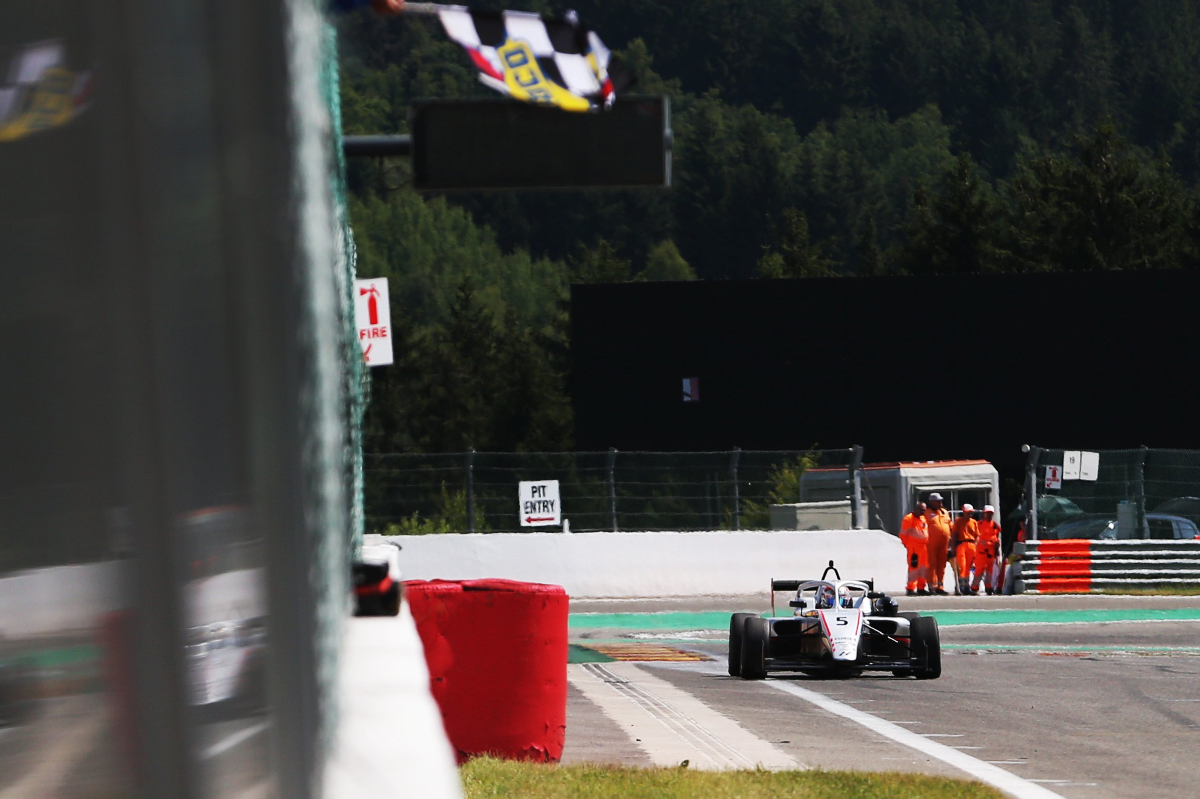 Hitech GP’s Luke Browning continued his strong weekend at Spa-Francorchamps by taking his second GB3 win of the day ahead of title rival Joel Granfors.

Browning again started from pole, but was passed off the line by the fast-starting Branden Lee Oxley, who swept from the inside of the front row to the front before La Source.

Granfors then moved past Browning into second on the Kemmel Straight, squeezing his chief rival onto the grass, before the Fortec Motorsports driver snatched the lead into Les Combes from Oxley, who ran wide off the track.

As he tried to rejoin, Oxley bounced over a kerb and made contact with Granfors before retiring with damage, while his Chris Dittmann Racing team-mate Mckenzy Cresswell was forced to take to the gravel in avoidance and lost ground. Elite Motorsport’s Tom Lebbon was also caught up in the melee and pitted with damage.

Granfors avoided damage and continued to lead until the start of lap two, when Browning repeated his move from race one to move into the lead at the end of the Kemmel Straight.

From there, the points leader controlled the remainder of the nine-lap contest to triumph by 1.530 seconds from the Swede, while Douglas Motorsport’s Max Esterson resisted early pressure from Matthew Rees before pulling clear to finish third.

Rees, who was disqualified post-race from race one for causing a first-lap incident, eventually lost fourth to the recovering Cresswell, who came home 1.3s behind Esterson.

The JHR Developments driver eventually finished seventh, losing out in a late three-wide battle into Les Combes to Marcos Flack (Douglas) and John Bennett (Elite), who both put in strong performances from 12th and 10th on the grid respectively to finish fifth and sixth.