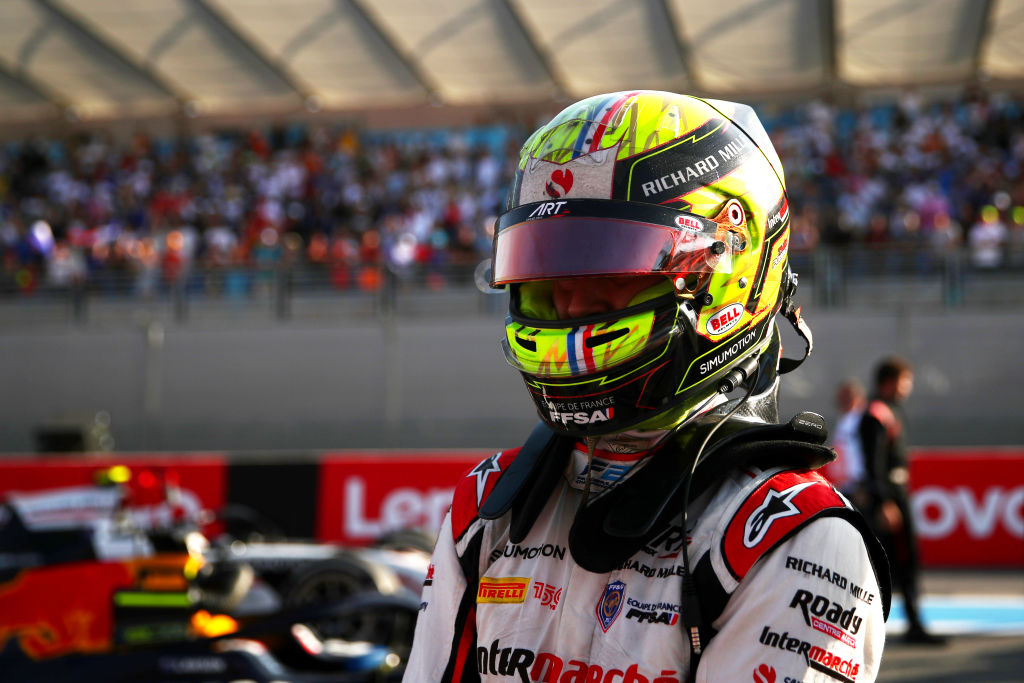 Theo Pourchaire has lost his podium in Formula 2’s Paul Ricard sprint race to a penalty, dropping him behind title rival Felipe Drugovich.

The pair finished third and fourth on the road, split by just 0.283 seconds, but Pourchaire has now been put down to seventh place in the final race results due to a five-second penalty for forcing Marcus Armstrong off at turn 11.

He also picks up a penalty point for the violation, and as Drugovich moves up to third place it means that his championship lead grows by three points to a 42-point margin over Carlin’s feature race poleman Logan Sargeant.

Speaking before he met with the stewards, Pourchaire said: “I don’t know what they [the stewards] are going to say to be honest because I kept it on the track. It was a fair move and I think he’s [Armstrong] also under investigation for something else. So, yeah, anyway, I saw his race in front of me and it was not very fair so…”

Three other drivers were given the same penalty for similar offences. Before being passed by Pourchaire, Armstrong forced Prema’s Jehan Daruvala off while fighting over second, and Juri Vips later forced his Hitech GP team-mate Armstrong off but at turn 15. The penalties move them from ninth and sixth in the results to 14th and 11th, costing Vips three points and promoting Sargeant into a points-scoring position.

Charouz Racing System’s Enzo Fittipaldi had a clash with Campos Racing’s Roberto Merhi at turn eight and he has been handed a five-place grid penalty for the feature race, meaning he will start from 17th on the grid, and two penalty points.

Merhi’s team-mate Olli Caldwell also got summoned to the stewards after Campos did not ensure his rear-left wheel was laid flat following a pitstop. The team has been fined €1000, and Caldwell escaped any kind of sanction but still remains one penalty point away from a F2 race ban.