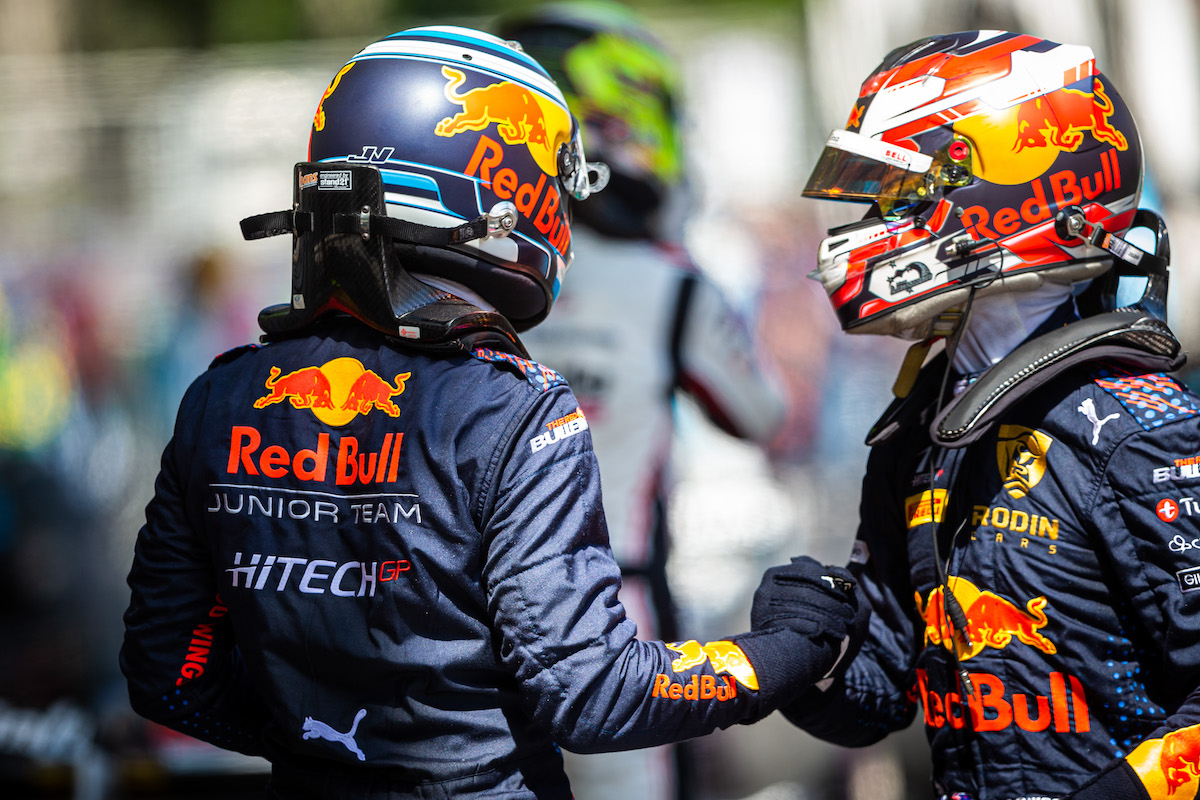 Liam Lawson will switch to Carlin for his second season in Formula 2 in 2022, with his former team-mate and fellow Red Bull junior Juri Vips remaining at Hitech GP for another year.

Vips debuted in F2 in 2020 as a stand-in driver at DAMS and picked up a podium from the four rounds he entered, but like Lawson contested his first full season last year and both did so with Hitech.

Lawson was victorious on his debut at Bahrain, while Vips won twice in Baku and beat his team-mate by 13 points in the standings. This year Lawson will move to Carlin alongside Williams junior Logan Sargeant, and Vips stays at Hitech.

The big gaps in the 2021 F2 calendar enabled Lawson to also move into sportscar racing via the DTM, which adopted a GT3-based ruleset last year. He became the series’ youngest ever winner by finishing first on his debut at Monza, and went into the Norisring season finale as points leader and on course to become the youngest ever champion too.

However he lost out on title honours in infamous and controversial fashion, and Red Bull decided against a second year in the series for the New Zealander, who turns 20 next month, to fit around his more condensed F2 commitments for 2022.

“I’m super excited for the new opportunity this year,” Lawson said. “The pre-season test went really, really well. It was a completely different experience to what I’ve been used to. The whole team is really focused on the right things and all super motivated going into the season.

“The second year is always a good step having done a year and learnt a lot, so to take all of that into a new team is a great way to start.”

Vips was initially unsure if he would stay in F2 this year, having been sent to Super Formula and down to Formula Regional competition by Red Bull in 2020 after coming just short of the FIA superlicence needed the year before to move up to F1.

“I’m thrilled to be joining Hitech for another year,” he said. “We built a strong relationship in 2021, which enabled me to get to grips with the car and work closely with the team to ensure we gave our very best throughout the season.

“I’m looking forward to fighting for more victories. Massive thanks to Red Bull for their continuous support.”

Recent Ferrari Driver Academy departee and F2 race-winner Marcus Armstrong is linked to the second Hitech seat, having been mentored earlier in his career by Oliver Oakes who is now Hitech team principal.

Both Vips and Lawson took part in the F1 young driver test in Abu Dhabi at the end of last year for Red Bull and Alpha Tauri respectively and are candidates to serve as reserve drivers this year after Alex Albon’s move to Williams.