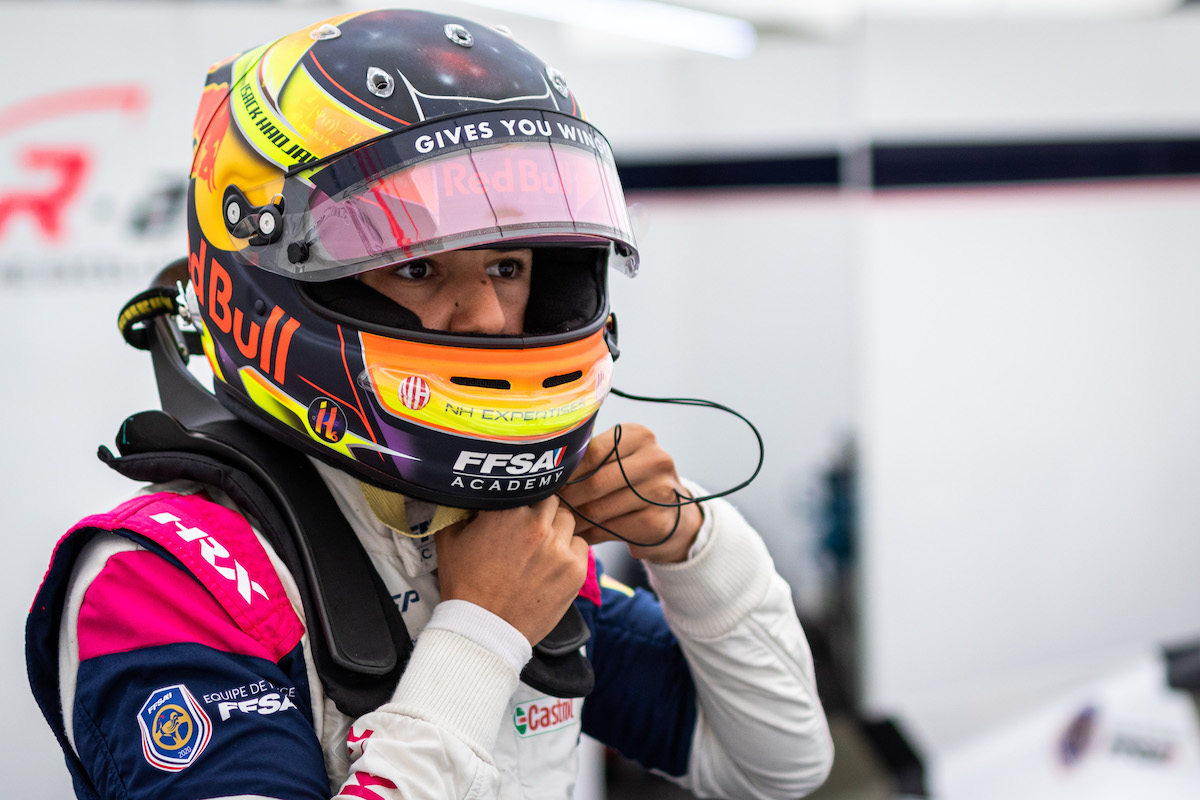 Formula Regional European Championship race-winner Isack Hadjar’s status as a Red Bull junior for 2022 has finally been confirmed by the brand, along with an FIA Formula 3 drive with Hitech GP.

Hadjar came to the attention of Red Bull’s motorsport advisor Dr Helmut Marko after taking pole and winning his first ever race on the Monaco street circuit in FREC last May.

That led to an agreement between Hadjar’s management and Red Bull that he would become a junior for 2022, but Red Bull initially denied an arrangement had been made. However, Hadjar finished the season with a Red Bull-sponsored helmet.

Hadjar, who was third in French Formula 4 in 2020 and ended up fifth in the FREC points and with the rookie classification title last year after taking a second win at Monza, will move up to F3 with Hitech after testing with the team.

He will also take part in the upcoming Formula Regional Asian Championship as he gets used to working with the British-based outfit. Hadjar already contested three rounds of the series formerly known as Asian F3 in 2021 with Evans GP as he stepped up to FRegional.

“I am really happy to race with Hitech for a full campaign in FIA F3 and Formula Regional Asia,” he said.

“I’m excited to see what we are able to achieve together and be working with a new team as I make my step up.

“There will be a lot to take in and plenty to learn, but I am ready for the challenge! Thanks to Red Bull for their support.”

Hajdar will be one of three Red Bull juniors in F3 this year, joining second-year drivers Jak Crawford and Jonny Edgar.